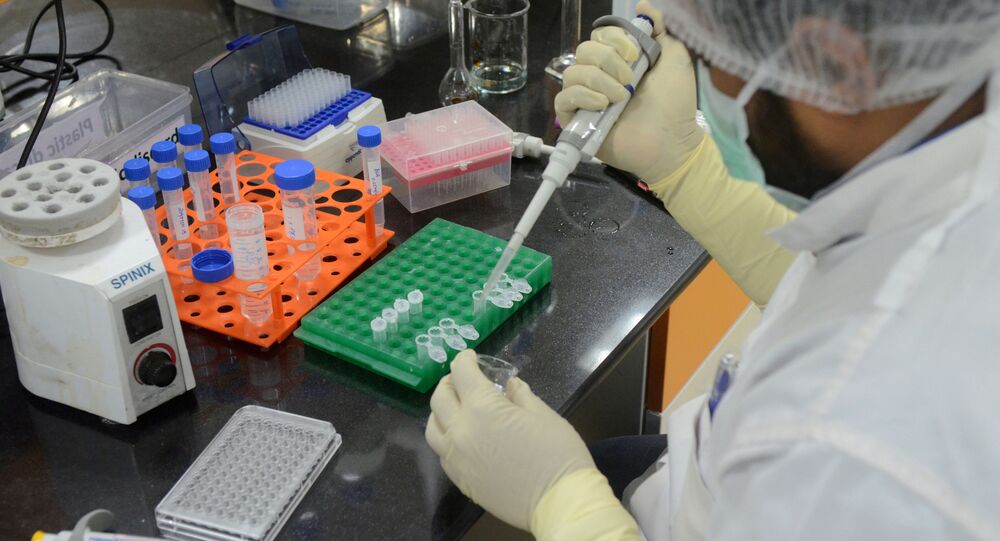 Scientists from the National University of Science and Technology (NUST MISIS), as part of an international team of researchers, have managed to obtain zinc oxide nanorods that tend to suppress the growth of cancer cells.

According to experts, the nanorods created are unique, because they were obtained without the presence of toxic substances but with the help of an extract made from the leaves a tropical plant. The results of the research have been published in the journal JOM.

Scientists managed to obtain nanorods for lung cancer treatment from zinc acetate using an extract from the leaves of the Cyrtrandroemia nicobarica, a plant found in the tropical rainforests of the Andaman and Nicobar Islands in India.

Experts argue that today zinc oxide nanorods (ZnO NRs) are actively being used in the treatment of various illnesses and conditions: they help to inject drugs into diseased organs and obtain an image of the affected areas of the body. They also have an antibacterial effect and are especially effective in suppressing the growth of cancer cells by damaging their cell membrane.

Today, ZnO NRs are mainly obtained via labour-intensive methods and expensive equipment, according to the scientists. Moreover, toxic chemicals are usually involved in creating them. This is why the world has now been actively looking into green synthesis with the use of plants, fungi, and bacteria.

"Our laboratory tests have confirmed the non-toxicity of the samples. After that, one special analysis showed the NRs suppressive activity against cancer cells in human lungs: nanorods cause oxidative stress, which damages DNA and leads to apoptosis – which is the death of cancer cells", explained Mikhail Gorshenkov, associate professor from the Department of Physical Materials Science at NUST MISIS.

According to him, Cyrtrandroemia nicobarica, which is part of the Gesneriaceae family, was first discovered in the Andaman and Nicobar islands. Until very recently, its application in the medical field was unknown. However, researchers say that Nicobar's inhabitants and other local tribes often resort to the plant to treat scorpion bites, skin allergies, and to heal wounds.

© AP Photo / David Goldman
Russian Scientists Enhance Method to Monitor Seawater Quality
The leaves of Cyrtrandroemia nicobarica were mixed with zinc acetate to create non-toxic nanorods and the solution obtained was kept in a magnetic stirrer for two hours. It was then left to settle until a transparent white sediment formed. The solution with the sediment was later put through a centrifuge at 6,000 rpm to obtain a suspension, a sample of which was diluted with deionised water. The suspension was then dried at 80°C to acquire a pure ZnO NR powder.

According to experts, the research confirmed that the targeted treatment of lung cancer based on nanotechnology is possible using non-toxic ZnO nanorods formed from a selected plant extract.

The research involved specialists from the K.S. Rangasamy College of Arts and Science (Tamil Nadu, India) and Seoul National University of Science and Technology (Republic of Korea).