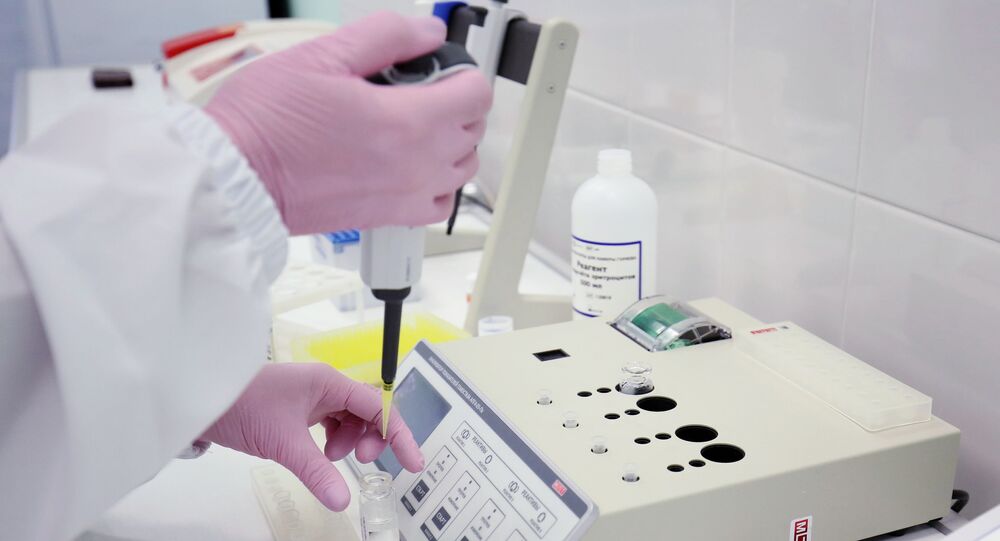 Russian Scientists Have Learned How to Combat Harmful Fungi, While Sparing Beneficial Ones

Scientists from Tomsk Polytechnic University (TPU), together with foreign colleagues, have developed a method for the selective treatment of fungal infections.

The researchers have found that silver nanoparticles present in the developed drugs effectively battle pathogenic types of fungi, without affecting the useful varieties, in contrast to traditional anti-fungal agents. The results of the study have been published in the journal Colloid and Interface Science Communications.

Researchers from TPU, together with partners from Novosibirsk (SPC Vector-Vita) and from the National Autonomous University of Mexico (UNAM), have been developing and testing medical and veterinary silver nanoparticles-based drugs for many years now. The effectiveness of such medications has been proven in relation to the treatment of more than 20 infectious diseases among humans, animals, and plants. The new development opens up the possibility of using silver nanoparticles to combat pathogenic fungal infections.

Small silver particles, which are just 35 ± 15 nanometers (nm) in size, are distributed in a water environment to form a colloidal silver solution.

This solution is unstable: silver particles collide with each other and precipitate. To prevent nanoparticle collusion, scientists add a polyvinylpyrrolidone (PVP) polymer to the solution, also known as polyvidone or povidone. Experts believe that this makes the obtaining of effective nanosilver medicine possible.

Scientists note that there are currently lot of different colloidal silver drugs produced in the world, but not all of them are effective enough in fighting infections or, more importantly, safe when it comes to toxicity.

According to researchers, the uniqueness of these developments is due to their high anti-infectious activity and non-toxicity when applied in therapeutic doses – something that has been proven in a number of studies published in leading international papers.

“Silver nanoparticles (AgNPs), with a concentration of 25 μg/ml, were able to inhibit 90% of the growth of Candida Tropicalis cells (pathogen for candidiasis). Remarkably enough, 50% of the cell population of Saccharomyces Boulardii (a useful probiotic) remained viable, which could facilitate further reproduction of cells. This means that, unlike traditional antifungal drugs, silver nanoparticles destroy pathogenic fungi, but have a relatively weak effect on beneficial ones," Aleksey Pestryakov, professor from the TPU Research School of Chemistry and Applied Biomedical Sciences, told Sputnik.

© CC0
Russian Scientists Create Sophisticated Material to Treat Bone Fractures
After comparing the activity of silver nanoparticles with common antifungal agents, scientists have concluded that traditional drugs are either not very effective against both types of fungal species, or kill beneficial types along with pathogenic ones.

Since diseases caused by fungi are common not only among humans but also prevalent among animals and plants, the results of the development can be used to treat fungal diseases in medicine, veterinary medicine, and agriculture, according to scientists. The research group is currently optimising the conditions for the use of developed drugs, including dosage, method of administration, and non-toxicity. The researchers will then conduct official testing, certification, and push for the commercialisation of the medications.