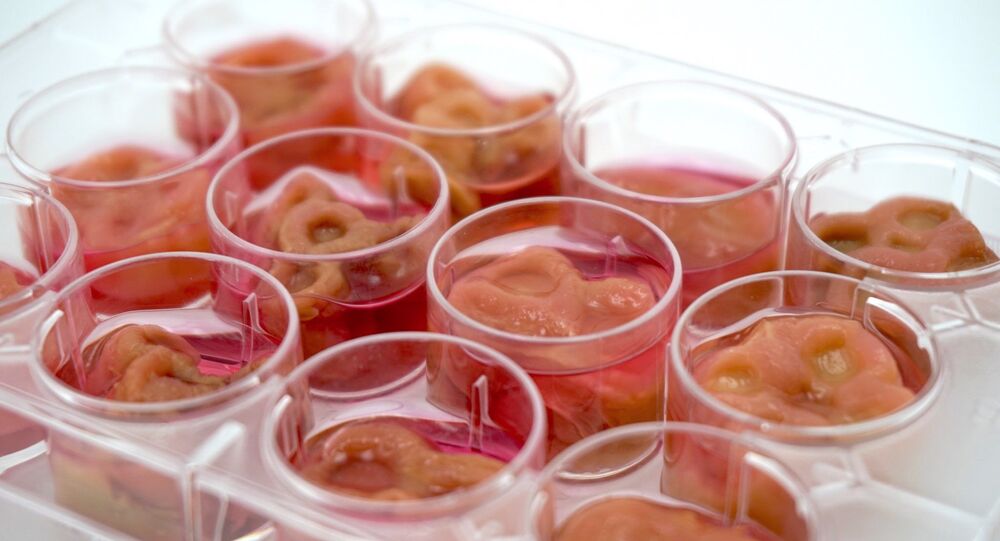 Innovators behind the "Ouroboros Steak" offer those concerned about consuming animal meat to try the lizard lifestyle of consuming your own flesh. However, new technologies would allow it to be done much less violently.

A team of scientists in the US has developed a DIY-meal kit branded "Ouroboros" which allows a consumer to grow edible meat from their own human cells, in an attempt to question the ethics of eating meat of any kind.

According to Ourochef Inc - the entity behind the brand - they will provide "everything you need to create cultivated food at home from your own cells", including nutrients for growing healthy cells, scaffolds to make delicious textures and all the required kitchen consumables, tools and appliances one may need to produce food from - not for - oneself.

Commenting on whether the process could be considered a form of cannibalism, industrial designer Grace Knight, a project co-founder, says that it is, technically, not.

"Expired human blood is a waste material in the medical system and is cheaper and more sustainable than FBS, but culturally less-accepted. People think that eating oneself is cannibalism, which technically this is not", Knight told DeZeen magazine.

According to the development team, the project is primarily intended to be thought-provoking, not a promotion of "eating ourselves".

"We are not promoting 'eating ourselves' as a realistic solution that will fix humans' protein needs. We rather ask a question: what would be the sacrifices we need to make to be able to keep consuming meat at the pace that we are? In the future, who will be able to afford animal meat and who may have no other option than culturing meat from themselves?", researcher Orkan Telhan remarked.

So-called human steaks are named after the ancient mythical creature Ouroboros - a snake eating its own tail, representing the eternal cycle of death and rebirth. As most humans do not have tails, cells for the steaks would be taken from the inside of one's cheek and then provided serum derived from expired, donated blood.