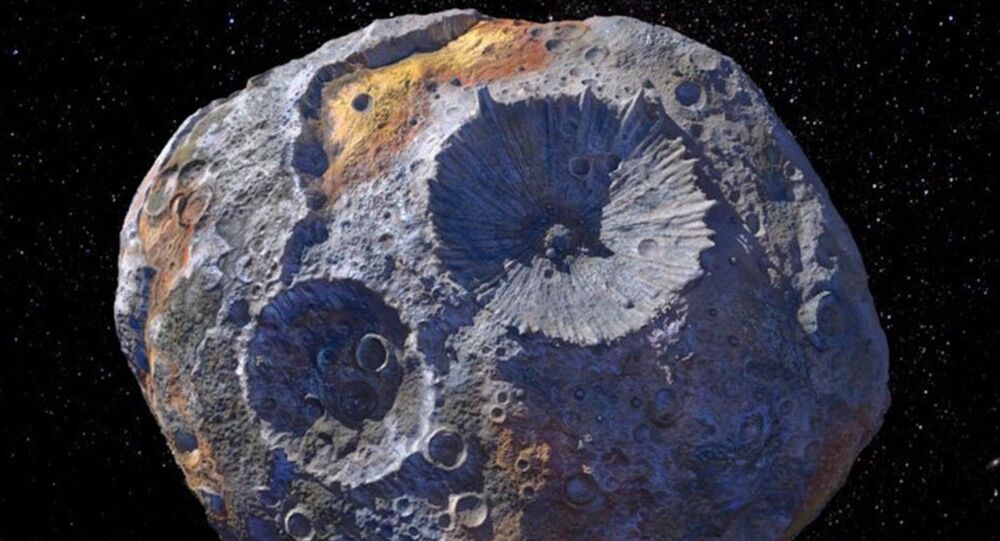 Researchers say new information gathered on the asteroid 16 Psyche - a 140-mile-long minor planet situated within the main asteroid belt orbiting between Mars and Jupiter - via the Hubble Space Telescope (HST) will provide astronomical scientists with a clearer view of the rare metal asteroid and possibly provide insight on planetary formation.

Research conducted by Becker and eight other scientists relied on the HST’s Space Telescope Imaging Spectrograph instrument to conduct two separate observations of the metal asteroid at ultraviolet (UV) wavelengths.

“We’ve seen meteorites that are mostly metal, but Psyche could be unique in that it might be an asteroid that is totally made of iron and nickel,” Becker explained. “Earth has a metal core, a mantle and crust. It’s possible that as a Psyche protoplanet was forming, it was struck by another object in our solar system and lost its mantle and crust.”

Researchers with Arizona State University declared to CBS News in 2017 that the asteroid - located some 230 million miles from Earth - would be worth around $10,000 quadrillion if its resources were harvested and sold.

While 16 Psyche was first discovered in March 1852 by Italian astronomer Annibale de Gasparis, a lot remained unconfirmed about the rare metal asteroid prior to the October 26 publication.

“We were able to identify for the first time on any asteroid what we think are iron oxide ultraviolet absorption bands,” Becker highlighted. “This is an indication that oxidation is happening on the asteroid, which could be a result of the solar wind hitting the surface.”

The findings from Becker’s study come ahead of NASA’s Psyche mission - slated for August 2022. The Arizona State University-led endeavor is regarded as the agency’s first investigation of a world composed of metal, rather than rock and ice.

According to the US federal agency, the unmanned Psyche spacecraft will be launched via SpaceX Falcon Heavy rocket and should reach the asteroid in early 2026, “following a Mars gravity assist in 2023.”

Maxar/ASU/P. Rubin/NASA/JPL-Caltech
Artist's concept of the Psyche spacecraft, which will conduct a direct exploration of an asteroid thought to be a stripped planetary core.

The spacecraft will spend some 21 months in orbit while attempting to “map and study 16 Psyche’s properties using a multispectral imager, a gamma ray and neutron spectrometer, a magnetometer, and a radio instrument (for gravity measurement).”

If the research goes smoothly, scientists will likely be able to determine if the metal asteroid is actually the core of a planet-size body that failed to form completely.

“What makes Psyche and the other asteroids so interesting is that they’re considered to be the building blocks of the solar system,” Becker said in her news release. “To understand what really makes up a planet and to potentially see the inside of a planet is fascinating. Once we get to Psyche, we’re really going to understand if that’s the case, even if it doesn’t turn out as we expect. Any time there’s a surprise, it’s always exciting.”

Becker emphasized that this is just the beginning of such research, as the HST observed greater reflections from 16 Psyche at deeper UV wavelengths.

"This is something that we need to study further," she said. "This could be indicative of it being exposed in space for so long. This type of UV brightening is often attributed to space weathering."