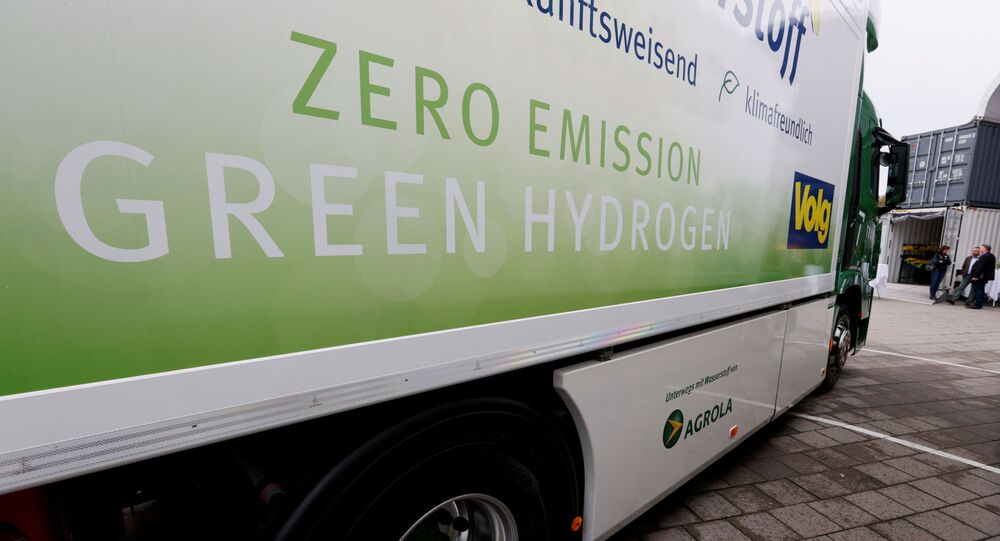 Scientists from the National Research Nuclear University MEPhI have created a pilot plant to develop advanced hydrogen storage. According to its creators, the system has no analogues in the world and will improve the technology to produce the safest and most efficient solid-state hydrogen storage tanks, the university's press service reported.

According to researchers from the National Research Nuclear University MEPhI, hydrogen is a virtually inexhaustible energy source that serves as one of the cornerstones of alternative energy. The safest format for storing it is solid-state hydrogen storage where it is stored not as explosive gas but as a solid substance in the form of metal hydride.

Most modern solid-state storage tanks use finely dispersed metal powders, but MEPhI specialists are betting on a more promising solution. They believe that this solution is tape storage consisting of razor-thin metal film. To research these materials and create the technology needed for their production, the MEPhI team developed a highly innovative multifunctional electrophysical plant.

"Solid-state storage in general, and tape storage in particular, are a new and actively developing direction. Our plant allows us to comprehensively study the behaviour of hydrogen in metal films, including the characteristics of its thermal desorption, as well as to examine films of various compositions and analyse the dependence of their properties on the parameters of the production process. Unlike its analogues, our system allows us to fully control all the conditions of the process, which will help us to select the best materials and processing conditions", said Alexander Pisarev, Professor at MEPhI's LaPlas Institute.

The release of hydrogen inside the storage tank is achieved by thermal desorption, i.e. by heating the hydride. The scientists explained that, unlike metal powder, which has low thermal conductivity, the thin metal film can be heated quickly via a passing current. This makes tape storage much more convenient than powdered storage and increases the efficiency of the hydrogen generator.

The scientists from MEPhI explained that in most methods the production of films and their "charging" with hydrogen are two different stages. However, they said that the new plant would help research the possibility of simultaneous metal and gas deposition, which would allow for serious savings in terms of resources and time.

"Usually, we first spray the films on the substrate and then saturate them with hydrogen in the gas at high pressure. We believe that films saturated with hydrogen can be grown by spraying a hydrogen-active metal in an atmosphere of hydrogen, resulting in an immediate product ready for installation in a fuel cartridge. Our plant will help us understand this and a range of other issues in researching tape-based hydrogen storage systems", Alexander Pisarev explained.

The research process is being carried out with the active participation of students and young specialists from MEPhI.