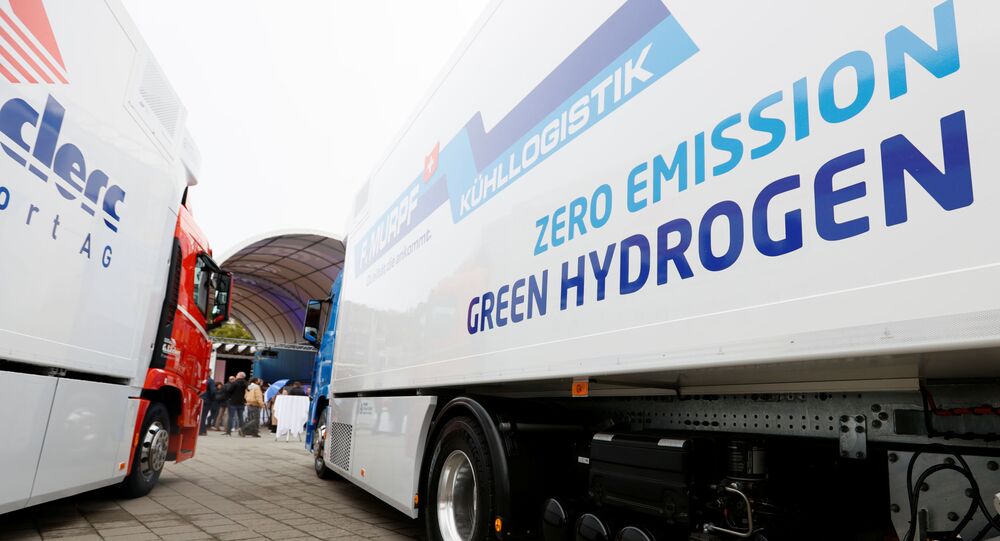 Scientists at Tomsk Polytechnic University (TPU) have developed a unique technology to obtain a promising material: high-purity cubic tungsten carbide, which will be able to replace expensive platinum catalysts and reduce the cost of producing hydrogen fuel.

Hydrogen is widely used in oil refining and fertiliser production. It is also a promising environmentally friendly fuel that produces clean water when burned. Hydrogen production cost directly affects the development of energy, that's why many research teams around the world are looking for a way to replace traditional, very expensive platinum group catalysts with new materials.

High-purity cubic tungsten carbide is a promising material for this. According to scientists, it's very difficult to obtain under normal conditions and its synthesis requires a temperature of about 3000°C and a high cooling rate. A research team led by Alexander Sivkov, Doctor of Technical Sciences, Professor at TPU, managed to obtain this high purity (up to 95%) material with a unique scientific installation: a coaxial magnetoplasma accelerator.

The installation allows for high temperatures and rapid cooling to be achieved using ultra-fast plasma jets. The raw materials used are the readily available and relatively inexpensive powders of tungsten and carbon black, which are then put into an accelerator. When the plasma jet goes into the working chamber, the powders are converted into cubic tungsten carbide in a plasma-chemical reaction.

According to Ivan Shanenkov, Associate Professor at the TPU Division for Power and Electrical Engineering, the features of plasma-dynamic synthesis (creating ultrafast plasma jets of more than three kilometres per second, high cooling rate, and pulsed nature of the process lasting less than one millisecond) allow for nano-sized (less than 70 nanometres) cubic tungsten carbide particles to be formed in carbon shells.

"Such structures are successfully used in the reaction of obtaining hydrogen from water by electrocatalysis. This will minimise the use of rare and expensive noble platinum group metals", he said.

According to the scientist, several research teams around the world are engaged in synthesising composite materials based on cubic tungsten carbide. The plasmodynamic synthesis method has made it possible to overcome most of the limitations associated with obtaining this material.

© Sputnik / Evgenya Novozhenina
Russian Scientists Learn How to Create High-Quality Ceramics From Inexpensive Raw Materials
TPU scientists, together with researchers from Jilin University and Qingdao University (China), have confirmed the high potential of using this material to electrocatalytically produce hydrogen.

In the near future, scientists want to learn how to control the material’s characteristics to further increase its catalytic activity and completely abandon using expensive noble metals.

The study was carried out as part of Russian Science Foundation grant No.19-13-00120.

The research results were published in the Journal of Alloys and Compounds.