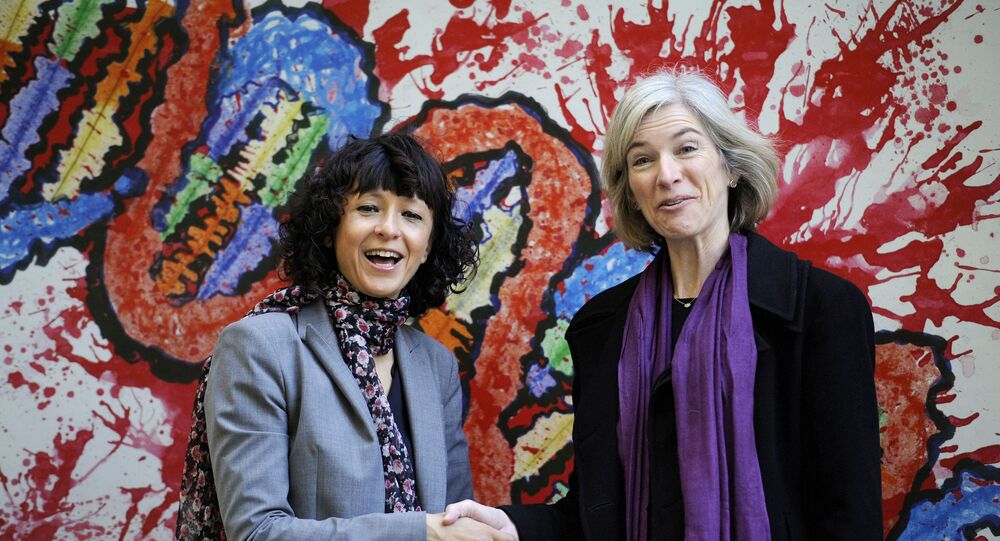 The sixth and seventh women to win the Nobel Prize for Chemistry have joined the ranks of famous scientists like Marie Curie, who won in 1911, and, more recently, Frances Arnold in 2018.

The 2020 Nobel Prize in Chemistry has been awarded to Emmanuelle Charpentier and Jennifer A. Doudna "for the development of a method for genome editing", the Nobel Committee said on 7 October.

​"Emmanuelle Charpentier and Jennifer A. Doudna have discovered one of gene technology’s sharpest tools: the CRISPR/Cas9 genetic scissors. Using these, researchers can change the DNA of animals, plants and microorganisms with extremely high precision. This technology has had a revolutionary impact on the life sciences, is contributing to new cancer therapies and may make the dream of curing inherited diseases come true", the statement said.

​The coming days will see the coveted prizes handed out to laureates in the fields of economy and peace after the awards for medicine and physics were announced earlier this week.

In 2019, the Nobel Prize in Chemistry was awarded to John B. Goodenough of the United States, M. Stanley Whittingham of the United Kingdom, and Akira Yoshino of Japan for the development of lithium-ion batteries.

The Nobel Prize committee has been awarding accomplishments in various areas since 1901, in accordance with the will of Swedish dynamite tycoon Alfred Nobel. The famous chemist's drive to support the sciences and advancement of humanity originated after he found out that his seminal invention, dynamite, was used as a tool of war instead of its original intended purpose of mining. The prize fund for the award, about $900,000 per award, is still primarily funded with the fortune he left behind.