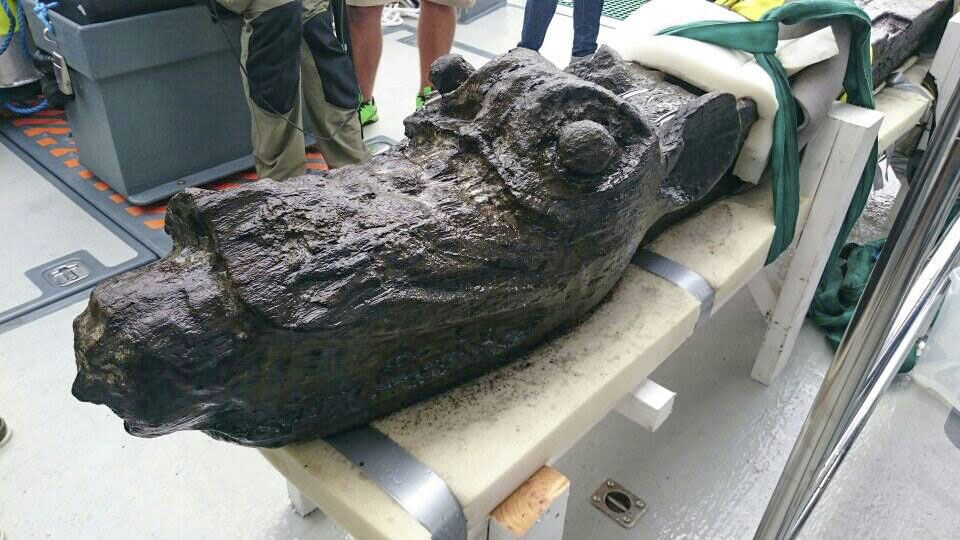 The researchers apparently weren't immediately able to establish exactly what animal the figurehead found at the sunken ship represented.

A peculiar discovery was made by archaeologists studying the shipwreck of the Gribshunden, a Danish flagship that sank off the coast of Sweden in 1495, the Daily Express reports.

According to the newspaper, the find in question is a wooden figurehead depicting a “doglike figure or monster”, which appears to be "one of the oldest known preserved wooden carvings of its kind in the world, preserved by its submersion for centuries".

"It's a sea monster - and we have to discuss what kind of animal it is", said Johan Ronnby, professor of marine archaeology. "I think it's some kind of fantasy animal - a dragon with lion ears and crocodile-like mouth. And there seems to be something in his mouth. There seems to be a person in its mouth and he's eating somebody."

​Marcus Sandekjer of the Blekinge Museum also remarked that they "don't have ships like this that have been recovered at all".

"It's something we haven't seen before, it's unique in the world and I think there will be more excavations around here with more unique objects", he said.

The figurehead is far from the only intriguing discovery made at Gribshunden's remains, as archaeologists also found well-preserved remains of a sturgeon there.