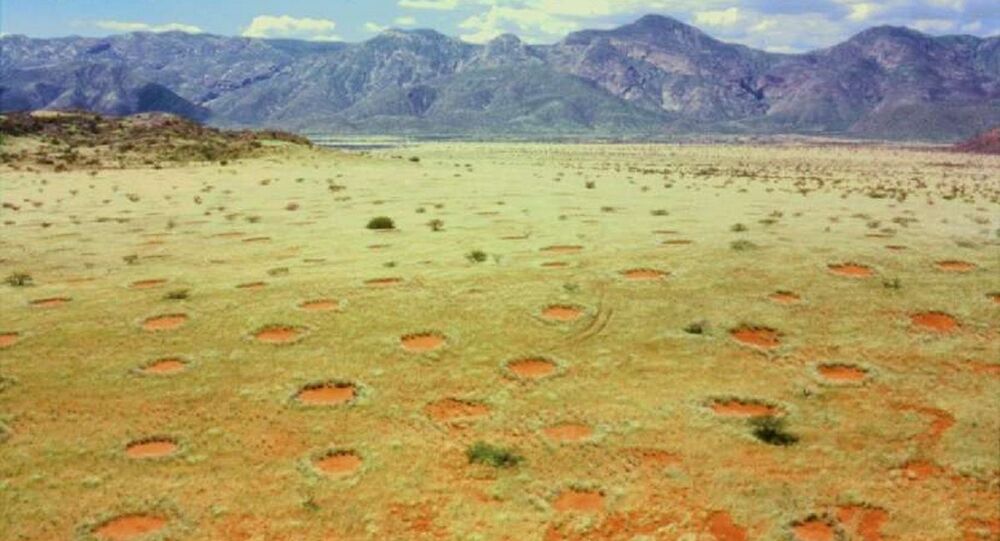 Intriguing circular patches of barren land, spotted initially in the dry grasslands of Namibia, and then seen scattered across the Australian outback, dubbed 'fairy circles', have left scientists puzzling over how to explain their existence.

In their new study, published in the Journal of Ecology of the British Ecological Society, a team of scientists led by ecologist Stephan Getzin from the University of Göttingen in Germany made use of a theory introduced by famed English mathematician Alan Turing in 1952.

Alan Turing had introduced what became known as the “Turing pattern”. The latter acknowledged that the dynamics of certain uniform systems could “produce stable patterns when disturbed”.

The ensuing “order from disturbance” theory formed a theoretical basis for intriguing repeated motifs observed in the natural world.

Now the new study has applied the theoretical phenomenon to the intriguing and previously unexplained “fairy circles”.

First documented in the Namib desert of southern Africa, and then subsequently discovered across the Australian outback, the distinct patterns, ranging in diameter from 2 to 15 metres (7 to 50 feet), puzzled scientists, who were at a loss to explain the phenomenon.

One explanation suggested the strange circles were due to termite activity under the African soil –a theory proven unviable after the discovery of Australian fairy circles that seemingly had no connection to termites.

Mysterious Circles in The Desert Explained by Alan Turing Theory From 70 Years Ago https://t.co/Skw9aKfMiJ pic.twitter.com/ILFMOVw2P6

​Another suggestion was that the circles were evidence of plants forming a specific pattern to seek out the limited water resources.

Now, Stephan Getzin and his fellow researchers used drones fitted with multi-spectral cameras to survey fairy circles from overhead. The survey was carried out near the mining town of Newman in the Pilbara region of Western Australia.

According to one of the scientists’ hypotheses, the Turing pattern arrangement of fairy circles would be particularly distinctly manifest among grasses with a greater dependency on moisture.

As they used moisture sensors on the ground and analysed the spatial separation of high- and low-vitality grasses, the scientists found that robust, “high‐vitality” grasses were proven to be more strongly associated with fairy circles than low‐vitality grasses.

This study, accordingly, has offered the first empirical data connecting the fairy circles with the decades-old Turing theory.

"The intriguing thing is that the grasses are actively engineering their own environment by forming symmetrically spaced gap patterns," said Getzin.

Amazingly, the research shows that the grasses comprising the fairy circles grow in a “cooperative fashion” to mould their environment to better withstand the arid conditions.

"The vegetation benefits from the additional runoff water provided by the large fairy circles, and so keeps the arid ecosystem functional even in very harsh, dry conditions. Without the self-organisation of the grasses, this area would likely become desert, dominated by bare soil," says Getzin.

While the mysterious phenomenon seems to be close to being finally solved, more field work will be required, claim the scientists, to validate the mathematical models.

Not a Kind of Magic? The Mystery of ‘Fairy Circles’ May Soon Be Unveiled