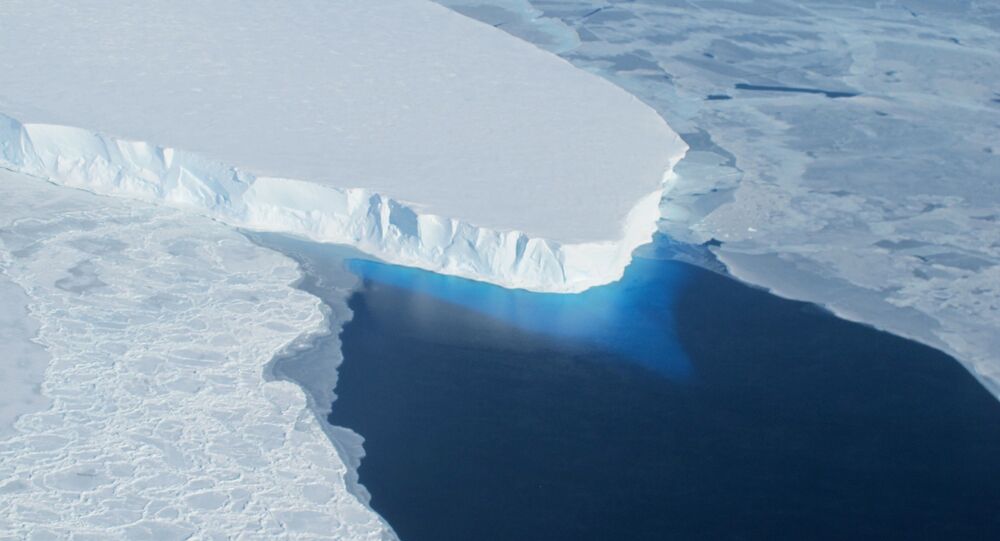 The Thwaites and Pine Island glaciers in the Antarctic, along the coast of the Amundsen Sea, are already under scrutiny, having been responsible for five per cent of the rise in global sea levels; and scientists think they could undergo even more dramatic changes in the near future.

Thwaites Glacier, known as the “Doomsday Glacier”, has caused alarm among scientists who warn that it is increasingly likely to live up to its nickname.

Studies have shown it is melting at an increasingly rapid pace, with potentially catastrophic effects.

According to PBS NewsHour, David Holland, New York University’s Professor of Mathematics and Atmosphere and a member of the International Thwaites Glacier Collaboration, said:

“It's a major change, a rewriting of the coastline.”

The glacier in western Antarctica which is roughly the size of Great Britain is estimated to be retreating by about half a mile (800 metres) a year, and is on course to shed all of its ice in between 200 and 600 years.

Though that event is calculated to raise sea levels by up to 2 feet (0.5m), it is not the sole concern.

Since the glacier at present acts as a buffer between the warming sea and other glaciers, its collapse is fraught with catastrophic possibilities.

Neighbouring ice masses in western Antarctica could be brought down along with it, experts claim, raising sea levels by nearly 10 feet (3 metres) and permanently submerging many coastal areas including parts of New York City, Miami, and the Netherlands.

Two studies in September have already fed these concerns.

Research published last week in the journal The Cryosphere entitled, “Deep channels link ocean to Antarctic glacier”, revealed that warm ocean currents might be eating away at the underside of the Thwaites Glacier.

According to researchers from the International Thwaites Glacier Collaboration, who gathered data from the glacier and adjoining Dotson and Crosson ice shelves between January and March 2019, channels beneath the Thwaites Glacier may be presenting a pathway for warm ocean water to melt the ice from the bottom upwards.

Another study published on 14 September in the Proceedings of the National Academy of Sciences, used satellite imagery to zoom in on sections of the Thwaites Glacier and its neighbouring Pine Island Glacier that are breaking apart more quickly than previously believed.

Thinning and grounding line retreat in the Pine Island and Thwaites Glaciers could drive ice shelf instability and mass loss in the Amundsen Sea Embayment. In PNAS: https://t.co/rZpjUqKech pic.twitter.com/Fld9smXV98

​The research, “Damage accelerates ice shelf instability and mass loss in Amundsen Sea Embayment”, found that shear margins on the two glaciers have been weakening and breaking apart, potentially allowing ice to flow into the ocean.

The shear margins are sections where fast-moving glacier ice encounters slower-moving ice, which keeps it contained. Accordingly, the melting is speeding up, said Stef Lhermitte, a satellite expert at Delft University of Technology in the Netherlands who led the research accompanied by colleagues from NASA and research centres in France, Belgium, Austria, and the Netherlands.

Stretching across a frozen plain more than 150 miles long, these glaciers, named Pine Island and Thwaites, have marched steadily for millennia toward the Amundsen Sea, part of the vast Southern Ocean. pic.twitter.com/XBpaDVYH2l

​The study offers graphic before-and-after images taken from space that not only reveal what is happening to the glaciers, but allow scientist to forecast how they will diminish.

"What the satellites are showing us is a glacier coming apart at the seams," Ted Scambos, a senior research scientist at the University of Colorado, was cited as saying.