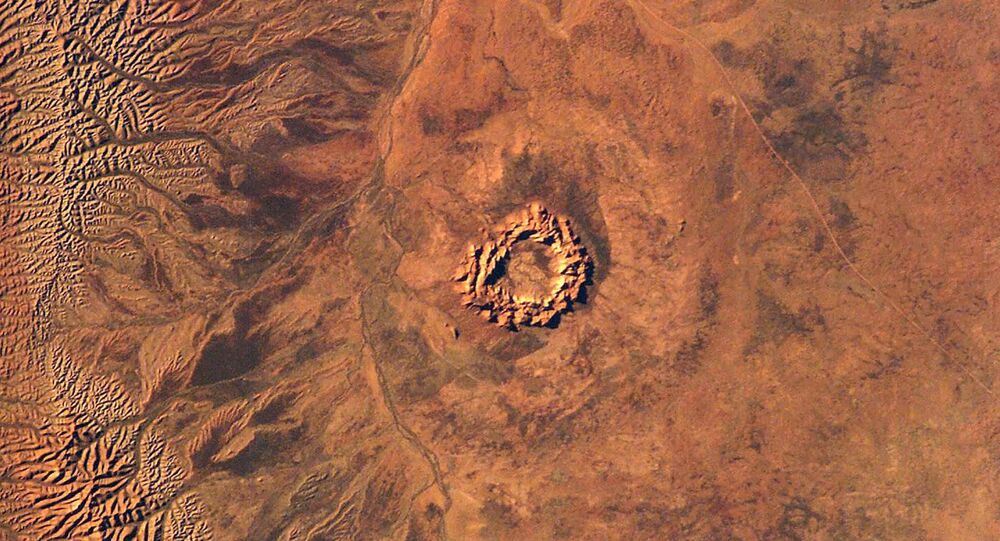 Modern technology, such as electromagnetic surveys that map the rocks below the surface, is making the detection of hidden meteorite craters more common, with experts hoping there are many more remarkable discoveries ahead.

An area of land owned by Australia's third-biggest gold miner, Evolution Mining, has produced a sensational discovery that has little to do with gold, but is no less priceless.

A team of geologists led by geological consultant Dr. Jayson Meyers claims to have discovered a large meteorite crater in outback Western Australia, near the Goldfields mining town of Ora Banda, which could be up to five times bigger than the famous Wolfe Creek Crater.

​With a 5 kilometer diameter determined after modern technologies such as electromagnetic and gravimetric mapping peered below the rocks to map the crater’s outer rim and central uplift, it is believed to be one of the world’s largest meteorite craters.

“The asteroid that made the crater would have been at least 100 meters wide. Based on its position and levels of erosion and some of the soil filling the sides, we estimate it could be around 100 million years old,” Meyers was cited as saying by ABC.

The impact crater was located during drilling for gold.

Amazingly, it would be impossible to imagine that the vast crater was there, as it is not visible from the surface.

“This discovery was made in an area where the landscape is very flat. You wouldn’t know it was there because the crater has been filled in over geological time,” said Meyers.

After the discovery of the crater, Dr Meyers, who boasts over 30 years' experience in the field and is an adjunct Associate Professor in exploration geophysics at the WA School of Mines, was brought in as a geological consultant.

An inspection of drilling samples from the site helped confirm the rock samples had "tell-tale signs" of a meteorite strike. Among these were what is known as "shatter cones". Under a microscope, they look like shattered glass and form in a certain direction.

"But when you see shatter cones you know because they only form in nuclear blasts or meteorite impacts… We were convinced and pretty excited from a technical standpoint — it doesn't have a lot to do with the gold, it's actually smashed the gold around a bit - but we can say hand over heart that an asteroid hit this spot," said Meyers.

The remarkable discovery seems to be much larger than the Wolfe Creek Crater in the WA Kimberley that was immortalized in the 2005 Australian horror movie Wolf Creek.

The wolf creek crater is by far the second most preserved crater on earth and is also the location of the horror movie "Wolf Creek".#westaustralia #crater #geography #wolfecreek #wolfcreek #3d #travel pic.twitter.com/a2LE0JTNte

​Dr Meyers suggested that with the ever-developing new technology coming to geologists’ aid, more fascinating discoveries could be hoped for, citing several other suspected asteroid impact areas in WA that he has his sights on.