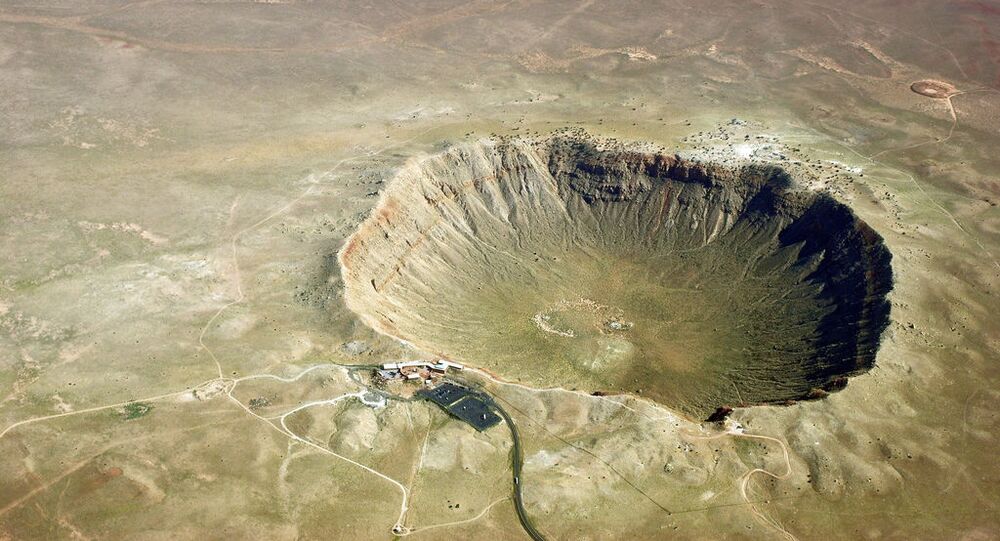 Meteorites have often been attributed to significant climactic changes throughout Earth's history, most notably the Cretaceous–Paleogene which led to the extinction of the dinosaurs.

Scientists have identified the oldest impact area on Earth in a study published on Tuesday, formed over two billion years ago by a meteorite.

According to a new study, the 40-mile wide Yarrabubba crater in Western Australia is the oldest impact structure in the world.

Yarrabubba has been named as one of the oldest craters in the world for years. However, Timmons Erickson, a research scientist from NASA’s Johnson Space Center, has identified the precise date of the site's origins.

The study, which was published on Tuesday in Nature Communications, found that the date extends “the terrestrial record of impact craters by 200 million years” and demonstrates the potential to discover other ancient impact structures in landscapes similar to Yarrabubba crater, Erickson’s team said.

They were able to identify specifically the exact origin of the crash by extricating zircon and monazite samples from the site's base which we were crystallised by the impact between the space rock and the ground.

Erickson and his colleagues identified that the meteorite which hit the earth and caused the crater had a diameter of around several miles.

The scientists estimated the age of the crystals using uranium-lead dating and the results confirmed that the crater was 100s of millions of years older than other ancient craters such as South Africa's Vredefort Dome or the Sudbury structure in Canada.

The crater was formed by the impact of an extraterrestrial rock about 2.229 billion years ago, an event which may have led to transformative climate change events during that time period.

“The effects of impact cratering have long been recognised as drivers of climate change”, the study said.

“Connections between impact events and punctuated changes to the atmosphere, oceans, lithosphere, and life remain difficult to establish, with the notable exception of the Cretaceous–Paleogene impact”, the study explained.

The researchers noted that the impact's correlation with melting glaciers in the same era would prompt further study into the effect of meteorites on the environment.

It was identified that the Yarrabubba impact likely struck the Earth during an icy period of history when glaciers covered Australia, and Erickson’s team modelled possible climate results of a large meteorite crash into an earth covered in ice and snow.

The result concluded that half a trillion tons of water vapor may have been thrown into the atmosphere as a result of such a collision thus sparking a warming period, citing examples of identifiable retreating glaciers around the same time.

Impact craters aged into the billions of years are extremely rare on Earth due to constantly shifting geological activity such as moving plate tectonics and volcanic activity which erases the footprints of other collisions.