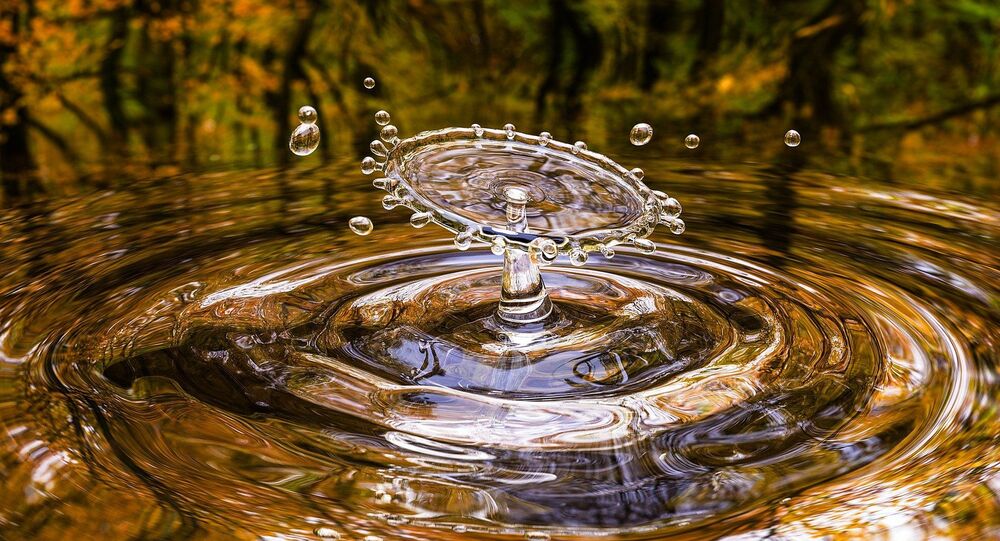 Water covers 70 percent of our planet’s surface and is a vital element for all life on Earth; however, scientists cannot say with certainty how it got here. When the Solar System formed, the planets were too hot to sustain ice.

The water on Earth appeared thanks to enstatite chondrites, claims new research conducted by French scientists and published on 28 August in the journal Science. It is believed that water was brought to Earth by asteroids or comets that came from afar, with carbonaceous chondrites being the most likely candidate. This class of meteorites is rich in hydrous minerals. However, there is one tiny problem with this hypothesis. The chemical composition of carbonaceous chondrites doesn’t match that of the Earth’s rocks.

Enstatite chondrites,a type of meteorite, on the other hand, seem to be a perfect match as they have similar oxygen, titanium, and calcium isotopes to Earth, but because they formed close to the Sun, scientists previously thought they were too dry to contain hydrous minerals that could have produced such large water reservoirs on Earth. But it turns out they were wrong.

Laurette Piani and her colleagues from the CRPG, the French National Centre for Scientific Research, and the University of Lorraine examined enstatite chondrites, which are quite rare and make up only two percent of known meteorites, and found that they contain enough hydrogen to provide Earth with water - three times the amount of water currently in our planet's Oceans.

"We found the hydrogen isotopic composition of enstatite chondrites to be similar to the one of the water stored in the terrestrial mantle", said Laurette Piani, comparing it to a DNA match.

According to the findings of the study, scientists do not exclude that other celestial bodies could have brought life to Earth, but note that enstatite chondrites contributed most to making our planet look the way it does right now.