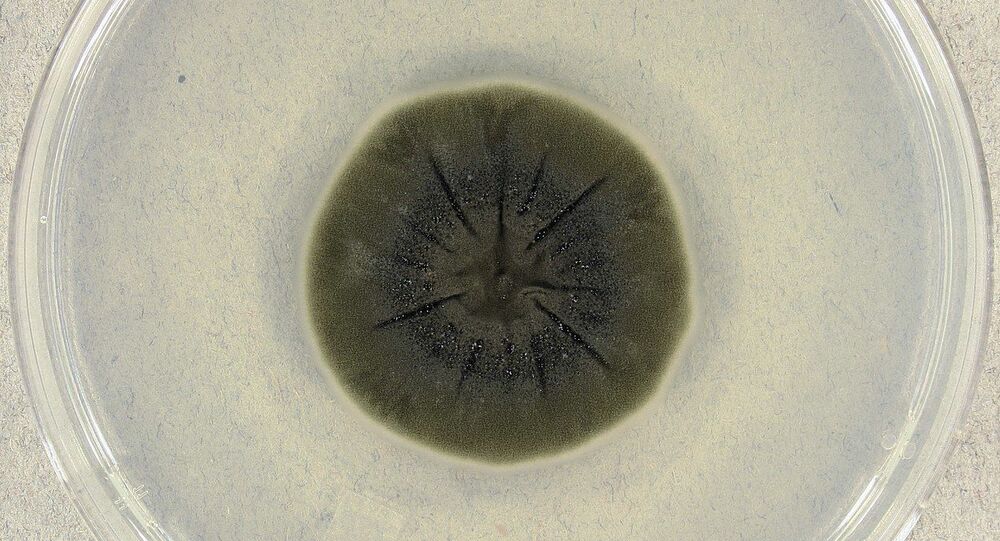 While engineers, astronomers and even sociologists are working diligently to address the issues preventing humanity from reaching distant planets, one problem has long remained unattended - how to defend cosmic pioneers from one of humanity's biggest space hazards - rampant radiation.

While the Chernobyl nuclear plant disaster was a tragic event for thousands of people, it might have done a huge favour to scientific research, as well as to human aspirations to discover space - as it has brought scientists' attention to three unusual types of mold, which have been feasting on the deadly radiation left behind after the explosion of the reactor.

Now, one of these fungi, Cladosporium sphaerospermum, has become a prime candidate for resolving the long-term problem of protecting astronauts from radiation in space, which can exceed normal Earth levels by a factor of 26. A group of researchers, led by Graham Shunk, a second-year student at the North Carolina School of Science and Mathematics, has drafted scientific research based on an experiment they carried out on the international space station (ISS) that proved their theory of its protective capabilities.

The group placed fungi samples in Petri dishes and placed a Geiger counter on one side. Comparing readings from the counters both protected and unprotected by the mold, they found that at the peak of its growth, C. sphaerospermum absorbed as much as 2.4% of the ambient radiation.

While the result alone does not seem impressive, it remains promising. As the equipment was not covered by the mold on all sides and the layer was relatively thin, it could not, according to reports, mitigate large quantities of ionising radiation. Researchers suggest that a 21-centimetre-thick layer covering the astronauts could almost entirely mitigate ambient radiation in space, making visiting such planets as Mars, where radiation levels are high compared to Earth, a possibility.

The mechanism behind the radiation absorption of sphaerospermum and two other fungi discovered in Chernobyl in 1991 has not yet been entirely defined, but the process resembles plant photosynthesis. Instead of light and carbon oxide, the fungi use gamma radiation and the melanin pigment, which the mold produces in abundance, to fuel its own growth, even in environments lacking other 'food' sources. The fungi can survive and even thrive in radiation levels 500 times those of  normal Earth amounts.

Researchers Find Out HOW Space Radiation Affects Our Brains