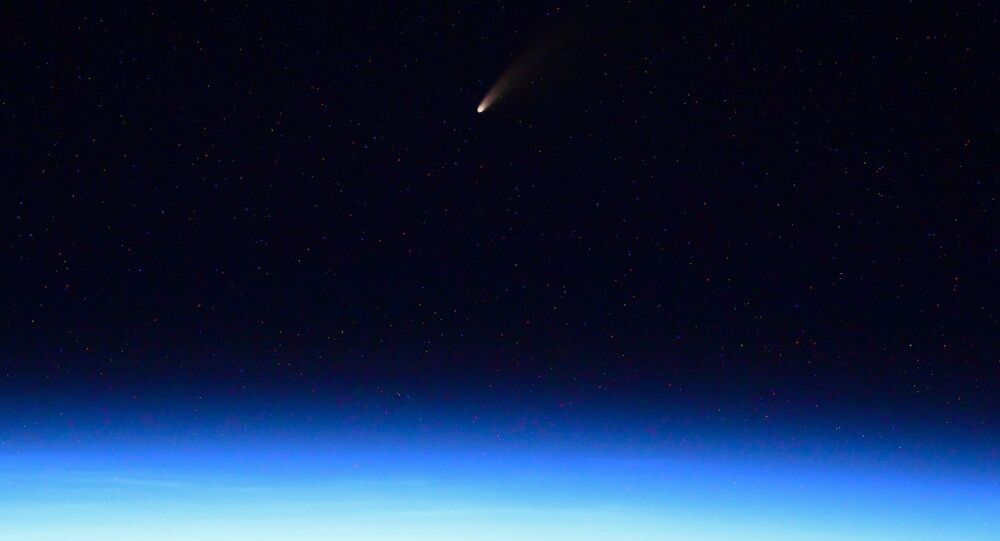 C/2020 F3 is a retrograde comet discovered in March 2020 by the NEOWISE space telescope and named after it, believed to be the brightest comet in 7 years. It will make its closest approach to the Earth on 23 July, 2020.

Russian cosmonaut Ivan Vagner tweeted a photo of the C/2020 F3 NEOWISE comet that he took from the International Space Station (ISS), showing its bright tail "clearly visible from the Space Station".

"During the next revolution I tried to capture the C/2020 F3 (NEOWISE) comet a bit closer, the brightest one over the last 7 years. Its tail is quite clearly visible from the Space Station!", his caption read.

The comet is expected to be visible in the night sky above the northeastern horizon, near the constellation of the Ascendant. It will be closest to Earth on 23 July 2020.

C/2020 F3 was discovered by the NEOWISE space telescope on 27 March 2020. As of 1 July, the comet - named after the telescope - has brightened to magnitude +1, with light-curve observations suggesting that it could reach magnitude 0, which would make it the brightest comet of the past seven years. It is also reported to have developed a second tail.

During the next revolution I tried to capture the C/2020 F3 (NEOWISE) comet a bit closer, the brightest one over the last 7 years.

Its tail is quite clearly visible from the @Space_Station!#ISS #comet #NEOWISE pic.twitter.com/FnWkCummD6

Wagner is currently part of the ISS crew, along with Anatoly Ivanishin and NASA astronauts Christopher Cassidy, Douglas Hurley and Robert Benken.