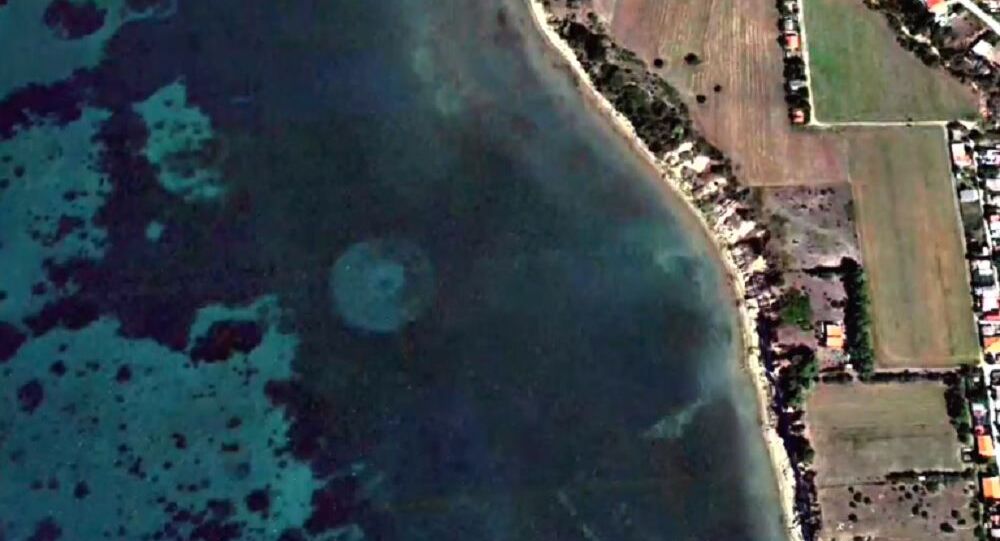 Google Earth can prove to be a valuable tool for those UFO enthusiasts who like to scroll over the detailed images of our planet in a bid to spot some evidence for the existence of extraterrestrial life - and the most eager ones usually find it.

Self-proclaimed UFO expert Scott C. Waring just “solved” another alien mystery after he came across Google Earth images that revealed what he dubbed as a “fleet” of alien ships hidden underneath the water off Greek coastline.

The enthusiast then goes on to share more details about his peculiar finding on his YouTube channel, by revealing to his followers than the purported spacecraft is just one among many spotted by the mystery-investigator.

“I want to show you something on Google Earth, it’s a whole fleet of UFOs that have landed on the edge of Greece”, he proclaims on the video.

Waring then compares the size of the first underwater object to a “football field”, arguing that it could have appeared in the area back in 2016, according to his analysis. He soon leaves his discovery to scroll down to another coastline to reveal that a number of similarly-shaped objects can be spotted nearby.

“Five of them underwater of the shoreline”, Waring is heard screaming with excitement.

Apparently, Waring’s findings have truly shocked some of his subscribers.

“You had no problem finding it so I'm sure the Greece government has to know about it”, one of the observers noted.

Some, however, remained skeptical.

“Just a guess, but I've seen stuff like this and I think they are man made reef's... not sure but I've seen this before in Florida”, one YouTuber wondered.

“Could possibly be those fish farm nets but guess we dont know”, another one suggested.

“I believe in UFO’s but I think those are underwater geysers”, user named Karl claimed.

© CC0
'Alien Intruder' Spotted by UFO Chaser in Security Camera Footage
Waring still remained unconvinced by their skepticism by revealing on his blog that he has previously heard of “an alien base that was not far away from Greece”, five kilometres from the Italian castle Rocca Pia and was ready to speculate about this mystery as well.

“They call themselves the W56”, he asserted. “There are many different alien species living there and they have contacted humans on many occasions”.

“The base is huge and they said it extends far out under the ocean. These UFOs look like they belong to the W56”, the hunter concluded.