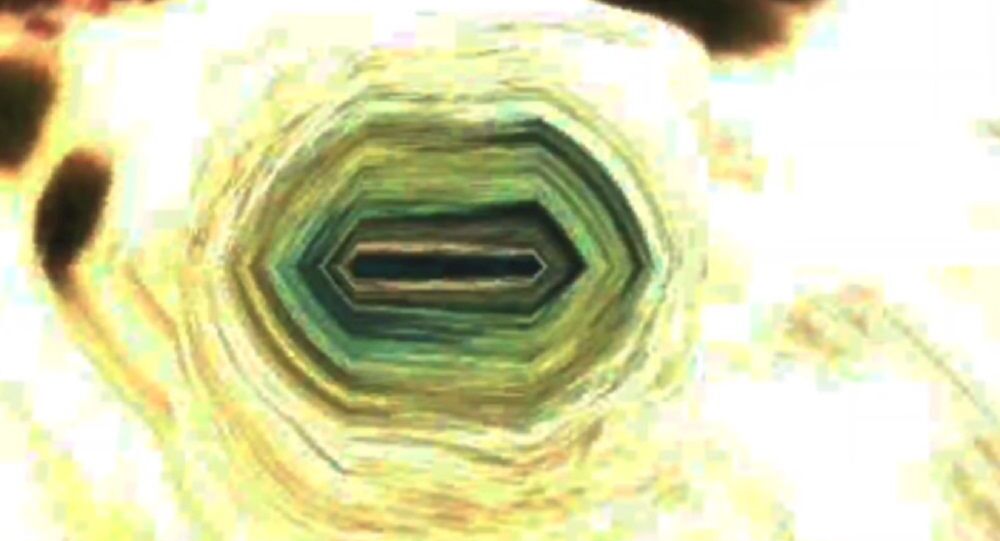 A “secluded” island in Indonesia that became a new source of scrutiny for self-proclaimed UFO expert Scott C. Waring, who seeks to uncover all unresolved extra-terrestrial mysteries around out planet and far beyond.

An “entrance” to a “hidden alien base” was spotted by prominent UFO enthusiast Scott C. Waring on a “uninhabited” island in Indonesia, the researcher claims citing images from Google Earth.

“I found an entrance to an underground base on a secluded island in Indonesia”, Waring wrote on his blog ET Data Base. “The doorway can easily be seen with Google Earth map and when you add contrast to a screenshot...the detail really comes out”.

According to the UFO hunter, the island is “the perfect place for an underground base” due to its invisibility, as he believes that the aliens left the doorway open, while leaving their hidden spot behind.

Waring explained his discovery in detail on his YouTube channel, while zooming and adding contrast to the different images of the purported entrance, which he believes could be 46 metres across.

In some of the pics provided, the unusual sighting was covered by clouds or water and could not be seen. However, Waring noted that this was the kind of coincidence he simply did not believe in.

“Look at that. That is just amazing to me”, the self-titled expert on extra-terrestrial life claims. “That is totally unnatural. That is an alien entrance to an underground base, people!”

Many of his viewers, however, remained skeptical of the find, pointing out that the unusual spot could be either a “secret military base” or an “open mine”. But other UFO hunters still support Waring’s enthusiasm, claiming that his discovery was pretty interesting and unusual.

© Blogger photo / YouTube/@ET Data Base
UFO Hunter Claims NASA Photo 'Absolutely' Proves 'Aliens Were Watching Apollo 7 Mission'
“I think this is entrance specifically for the interstellar ships”, one of the YouTubers noted.

“They probably popped out for milk and left the door open”, someone joked.

It remains uncertain whether the video watchers will now fly to Indonesia to test the UFO hunter’s hypothesis. Recently, Waring claimed that he had discovered another “underground alien base”, this time at the top of the Mount Hood volcano in Oregon.