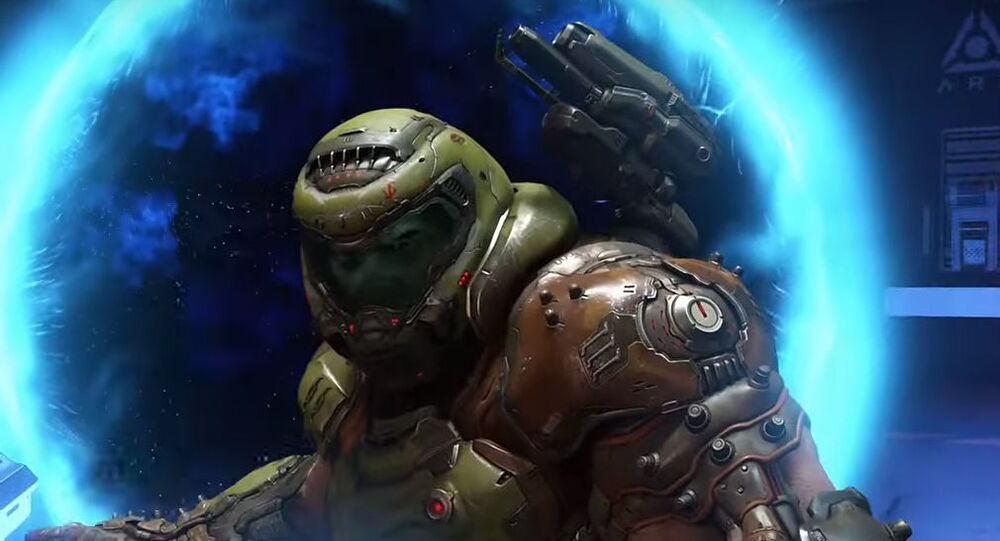 The long-awaited sequel to Bethesda Softworks and Id Software's 2016 Doom reboot was released on Friday, with fans of the iconic Doom Slayer returning to the battlefield - this time on Terra Firma - after a demonic invasion wipes out most of the planet's population.

The gory, fun and intense gameplay in the 2016 version became an instant success for the Texas-based gaming studio, and fans were given a teaser at the Xbox X019 Event in London last December. First impressions of the game were that it was captivating,  adrenaline-soaked shootout which could be overwhelming for first-time players unaccustomed to such fierce gameplay.

Doom Eternal differs from its predecessor by performing even faster, more complex, but also offers some major upgrades to keep the game fresh. Character functions for the nameless protagonist, collectively called the 'Doomguy' or 'Doom Slayer' by fans, have been one-up'd by the creators, turning the game into an adrenaline-filled melee of brutal vs evil.

The sequel is a substantial improvement from work done on the 1994 original instalment, which saw our antihero fighting solo against hordes of malevolent armies from the Abyss. Hellish creatures have now invaded Earth after the United Aerospace Corporation's meddling with primordial Argent energy at the Mars facility's Lazarus Laboratory.

This time, the plot thickens as traditional first-person shooting is mixed with ancient lore behind the lone warrior, adding character development to the popular franchise.

Major upgrades have been added to gameplay, including new weapons modification systems and forms of glory kills to vanquish the Undead. Combat arenas are made hostile as whole sections of floating debris drift in space, which the Doom Slayer must traverse before reaching other sections of the level.

Not to mention, you get a chainsaw and shotgun from the start - a vast improvement over the plasma pistol from the previous release. And yes, the flamethrower is simply to die for.

​The game, which has seen numerous iterations since the original in 1993, began with the PC version of Doom and Doom 2: Hell On Earth (1994). A reboot, known as Doom 3, was launched in 2007 with mostly positive reviews. Since then, both Id and Bethesda have been working hard to create the best incarnation yet, with addition features for multiplayer matches.

Bethesda Studios is also responsible for hit titles such as The Elder Scrolls and award-winning Fallout series (post-2007).

Australian composer Mick Gordon returns from his work on the 2016 release to write the original soundtrack, integrating industrial and heavy metal choirs in a gothic atmospheric mood as you rip and tear your way through the Hell Colony on Earth.

Doom Eternal will be available for the Xbox One, Playstation 4, PC and Google Stadia. A deluxe edition will allow fans to customise their Slayer Skins, weapons and includes a Year One Pass with additional content.