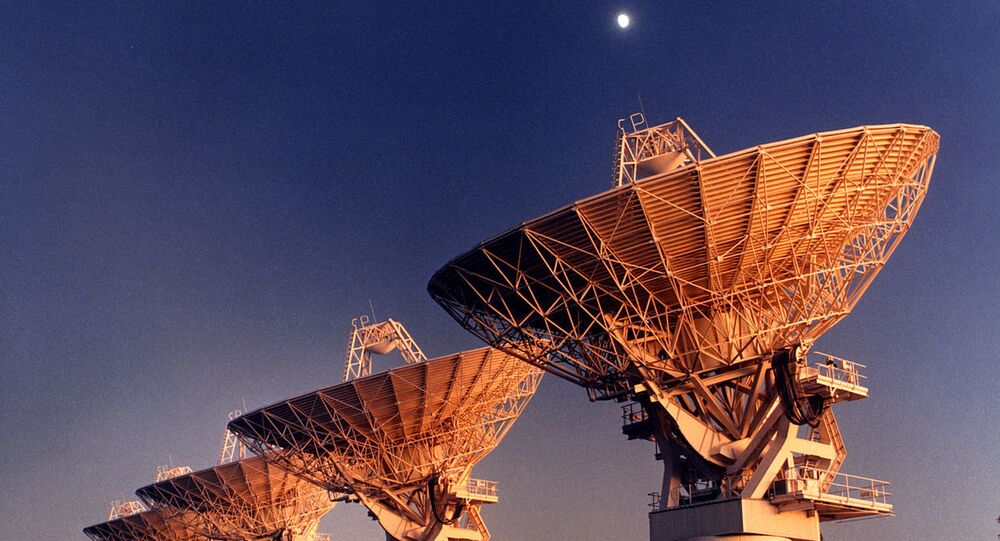 A scientists working on a project that searches for intelligent extraterrestrial communications noted, however, that it may take a while before they actually come across “something”.

While scientists are still yet to confirm whether life exists somewhere in the galaxy beyond our planet, it seems that many of them consider that possibility quite likely.

As Daniel Zucker, Associate Professor of astronomy at Macquarie University, said that other life the universe "probably" does exist, his colleague, Professor Orsola De Marco, went as far as to speculate that we might even "discover life outside of Earth" in her lifetime, according to a recent episode of The Conversation’s podcast "Trust Me, I’m an Expert".

"I think there’s a high likelihood that we are not alone in the Universe", Lee Spitler, another astronomer from Macquarie University, added.

However, Danny Price, one of the scientists working on the Breakthrough Listen project that searches for intelligent extraterrestrial communications out there, said that while he remains hopeful that they’ll “find something”, it might take a while to actually come across that something.life

"There’s a small chance that we’ll find something – I think this is a long-term human endeavor.  It’s something that we need to continue to do", he said while referring to their program.

Earlier, Monica Grady, a professor of planetary and space science and chancellor at Liverpool Hope University, said that life may actually exist in our very solar system, in the ice-covered oceans of Jupiter’s moon Europa, describing such probability as "almost a racing certainty".

She also speculated that some kind of bacteria may also exist beneath the surface of Mars, shielded from harmful radiation by the planet’s crust.