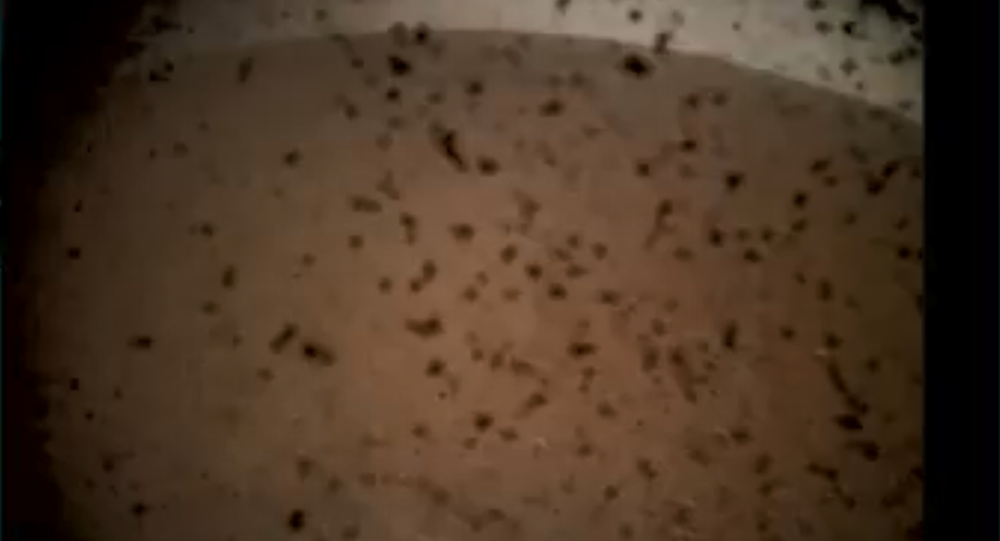 Researchers have zoomed in on the characteristics of Mars’ magnetic field, conducting a study not from high above the planet and the environment around it, as was done previously, but right on its surface.

New data obtained by NASA’s InSight mission has suggested Mars' magnetic field is ten times stronger than anticipated and signals from there are easily detected on the Red Planet’s surface. The results of the study have been published in Nature Geoscience.

“One of the big unknowns from previous satellite missions was what the magnetisation looked like over small areas", said lead author Catherine Johnson, a professor at the University of British Columbia and senior scientist at the Planetary Science Institute.

She went on to detail the methodology used stating a brand-new magnetic sensor enables the research team to “gain valuable new clues about the interior structure and upper atmosphere of Mars”, with the findings hoped to shed light on the respective characteristics of other planets.

“The ground-level data give [sic] us a much more sensitive picture of magnetisation over smaller areas, and where it’s coming from", said Johnson, further speculating on the sources of the intense magnetic field:

“In addition to showing that the magnetic field at the landing site was ten times stronger than the satellites anticipated, the data implied it was coming from nearby sources".

Researchers have long known that Mars used to have an ancient magnetic field that once, billions of years ago, affected rocks there before suddenly waning off.

Per the scientists, the rocks on the planet are too young to be affected by such a field, which led them to believe the magnetic source is hidden somewhere underground.

“We think it’s coming from much older rocks that are buried anywhere from a couple hundred feet to ten kilometres below ground", said Johnson.

“We wouldn’t have been able to deduce this without the magnetic data and the geology and seismic information InSight has provided".

The researchers believe that InSight's results, underpinned by satellite magnetic data and future studies of Martian rocks, may shed light on which rocks carry the magnetisation and their exact age.

The magnetic sensor has also provided new clues about phenomena that take place high in the upper atmosphere and the environment enveloping Mars.

The sensor recorded fluctuations in the magnetic field between day and night as well as mysterious clearly-felt pulsations around midnight, proving that events in and above the upper atmosphere can be detected on the surface.

Mars is known to be exposed to solar wind, much like Earth, which can cause disturbances like solar storms. These appear to be much more harmful to Mars, than to Earth, which is shielded by a magnetic field.

“Because all of our previous observations of Mars have been from the top of its atmosphere or even higher altitudes, we didn’t know whether disturbances in solar wind would propagate to the surface", said Johnson, adding the new clues might come in handy in future Martian surface studies.

Late last month, a team of researchers drew up a new model that looks into the connection between Mars' atmosphere and ice deposits, per Phys.org.

The new model explores a layered deposit of ice water and CO2 ice on Mars' south pole, which is believed to house as much CO2 as the planet's entire atmosphere today, due to Martian weather specifics.