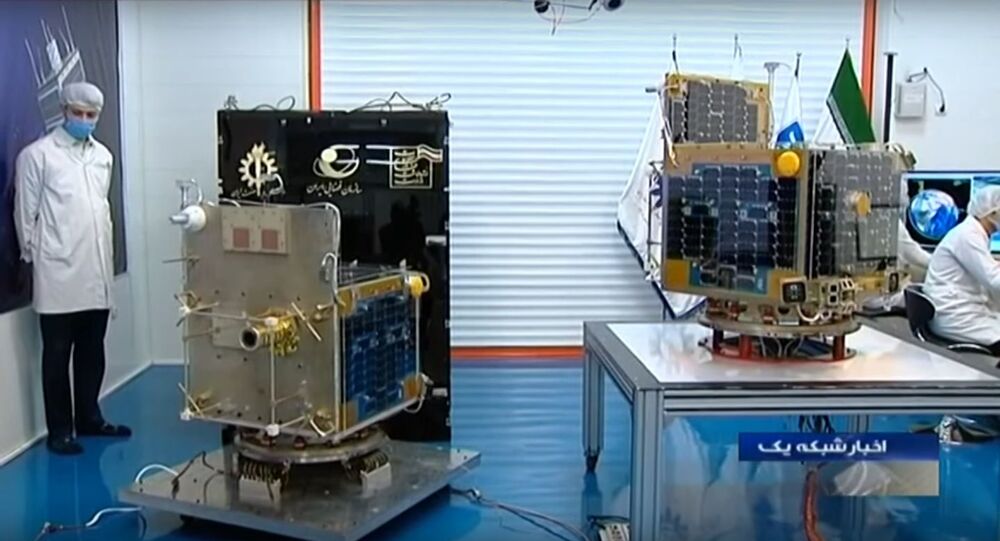 Despite a modest budget equivalent to about $393 million for fiscal year 2018-2019, Iran’s space industry has made ambitious strides in the creation of satellites and space rockets over the past decade, becoming one of just a handful of countries with a fledgling space technology sector.

Iran is preparing to launch the first of six civilian satellites into orbit in the near future, Information and Communications Technology Minister Mohammad Javad Azari-Jahromi has confirmed.

“Yes, a site is being prepared for placing the Zafar satellite into orbit,” Azari-Jahromi wrote in a Farsi-language tweet, citing an NPR news story reporting that Iran was “making repairs and preparing for a space launch.”

On Sunday, the minister confirmed that Iran was ‘on the threshold’ of putting the new Zafar-1 and Zafar-2 satellites into orbit ‘in the coming days’, with a total of six satellites prepared for launch.

The Zafar-class of imaging/remote sensing satellites, created and built by engineers from Iran’s Science & Technology University, are designed to monitor Iran’s natural geography, agriculture and environmental conditions. They have a reported estimated lifespan of one and a half years, during which time they will capture images and transmit them back to ground-based monitoring stations back on Earth. The 113 kg (249 pound) satellites are said to be meant to operate in geostationary orbit. The satellites are expected to be launched aboard a Simorgh, aka Safir-2, a domestically-made small-capacity orbital carrier rocket.

Iran has made efforts to ramp up its space programme despite repeated setbacks, including launch failures and tough US sanctions. In August 2019, a space rocket with satellite equipment onboard exploded on the ground at the Imam Khomeini Spaceport in northern Iran. President Trump curiously tweeted about the launch failure, insisting that the US was “not involved in the catastrophic accident.” The launch attempt was the third consecutive failure of 2019 following two attempted launches in January and February.

The US and its European, Saudi and Israeli allies have repeatedly accused Iran of violating the Iran nuclear deal with its rocket and missile programmes. Iran has dismissed these concerns, saying that its peaceful space programme has nothing to do with the nuclear deal, which doesn’t restrict the development of rocket and missile technology so long as it is not designed to carry a nuclear payload.

Iran is one of just a handful of countries in the world with an active domestic space programme, and has successfully launched multiple satellites into orbit over the past decade, despite extremely modest financing and sanctions. The US slapped sanctions specifically targeting Iran’s Space Agency and Space Research Centre in September 2019, prompting Azari-Jahromi to write a tweet directed at President Trump asking him to “stop imitating Thanos,” the fictional Marvel supervillain.

I can't even locate the US in this picture, let alone sanctions on Space!
The universe & #BrightFuture✨ belong to everyone, not to a few!