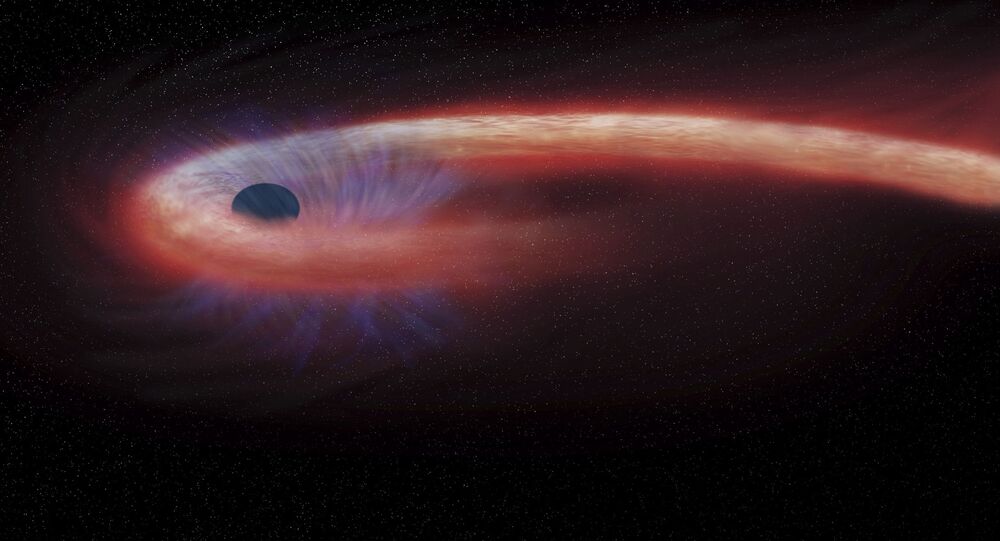 Years ago, one of the world’s brightest physicists, Stephen Hawking predicted that quantum particles will slowly escape black holes, which went against Albert Einstein’s hypothesis that nothing can leave the gravity of these space objects. Fresh findings might confirm the British scientist’s theory.

Echoes caught in gravitational waves around newly-formed black holes might turn the theory about the event horizon there upside down. According to the University of Waterloo in California, their research reports the first tentative detection of these signals, produced by microscopic quantum “fuzz”, in the ripples in the fabric of space-time from the collision of black holes or similar compact objects, like neutron stars.

Astronomy professor Niayesh Afshordi and his coauthor Jahed Abedi from the Max-Planck-Institut für Gravitationsphysik in Germany used data from LIGO/Virgo gravitational wave detectors, recording a neutron star collision. By doing this they provided experimental evidence that black holes can lack event horizons, which is against Albert Einstein’s Theory of General Relativity. They laid out their observations in a study called “Echoes from the Abyss: A highly spinning black hole remnant for the binary neutron star merger GW170817”, published in the Journal of Cosmology and Astroparticle Physics.

Afshordi points out that for a long time scientists supported the understanding that nothing within the event horizon, or point of no return, can escape the gravity of a black hole. But Stephen Hawking “used quantum mechanics to predict that quantum particles will slowly leak out of black holes”.

Until this very recent discovery concerning gravitational waves no researcher had been able to experimentally detect the so-called Hawking radiation.

“If the quantum fuzz responsible for Hawking radiation does exist around black holes, gravitational waves could bounce off of it, which would create smaller gravitational wave signals following the main gravitational collision event, similar to repeating echoes”, he explained.

© CC0
Scientist Suggests Looking for ALIENS on Starships Powered by Hawking Radiation
Their observations match the models of black holes that simulated these echoes in accordance with the theoretical effects of quantum mechanics and Hawking radiation. The scientist, however, warns against jumping to conclusions, explaining that “there is a very small chance that what we see is due to random noise in the detectors”. To exclude such a possibility, they need to find more examples.

“Now that scientists know what we’re looking for, we can look for more examples, and have a much more robust confirmation of these signals. Such a confirmation would be the first direct probe of the quantum structure of space-time”, he revealed.