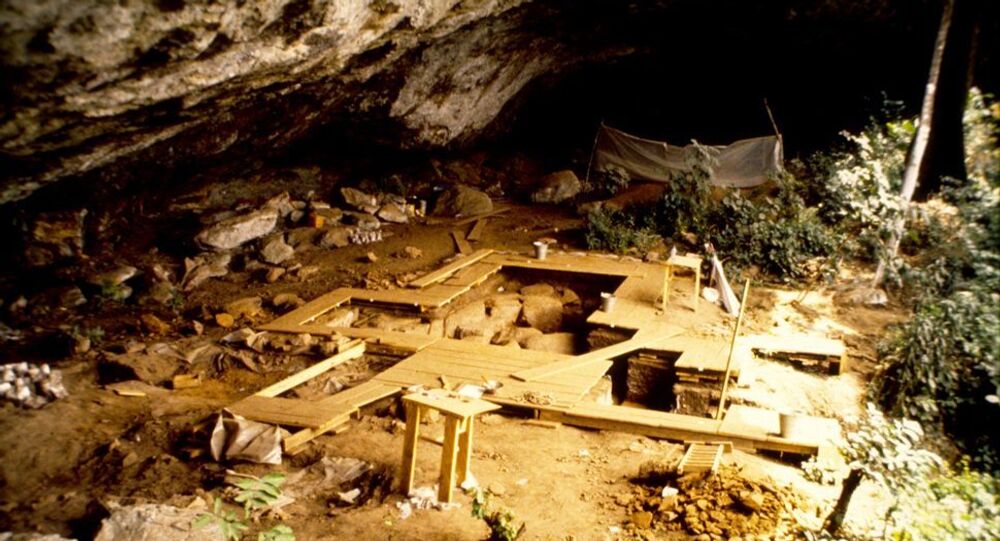 The new study has analysed the DNA from the burials of four children, who lived as the Stone Age transitioned into the Metal Age, to reveal the previously unknown "ghost" population that contributed genetically to the people who live in Africa today.

The researchers took the DNA of the children, whose remains were found in the burial rites in western Cameroon, and found out that their DNA is much closer to the DNA of the present-day Bantu-speaking hunter-gatherer groups of Central Africa. Researchers have found countless artefacts and 18 human burials at the Shum Laka rock shelter, which people have used for at least 30,000 years, indicating the mysterious “Ghost tribe.”

The new study published in the journal Nature indicated that although they lived thousands of years apart, these children were distant cousins. One-third of their DNA came from ancestors who were more closely related to hunter and gatherers in western Central Africa, while two-thirds came from an ancient source in West Africa, including a "long lost ghost population of modern humans that we didn't know about before," study senior researcher David Reich, a population geneticist at Harvard University, told Science magazine.

This proves that the Bantu-speaking peoples, which includes several hundred indigenous groups in sub-Saharan Africa, didn’t originate from Central Africa before spreading around the continent, but rather merged with other tribes from other parts of Africa.

"The finding that the Shum Laka individuals are most related to present-day rainforest hunter-gatherers and not ancestors of Bantu-speakers is surprising given that Shum Laka was long considered by archeologist[s] as the site where Bantu-speaker culture [was] developing in situ," Carina Schlebusch, an evolutionary biologist at the University of Uppsala in Sweden, who wasn't involved with the study, told Live Science in an email.

"However, as the authors mentioned in the article, it might be that multiple groups used the site," Schlebusch said. This means that the ancestors of the Bantu might have used the site, but it's not shown in these particular burials.

The researchers noted that the children's genomes also showed signs of admixture, suggesting that the children's ancestors mated with people from different populations, moreover, one of the boy's genomes revealed that he had the oldest branch of the Y chromosome, which shows that the oldest lineage of human males was present in Cameroon for at least 8,000 years, and possibly much longer. The researchers indicated at least four major human lineages, which date to between 200,000 and 300,000 years ago, in the children’s DNA – a unique dataset that hasn't been found from previous genetic studies. Another four sub-branches of human lineages were found dating between 60,000 and 80,000 years ago – including one the researchers believe gave rise to all modern non-Africans.

"It is a nice paper and it is a welcome addition to the growing aDNA [ancient DNA] database of Africa," Schlebusch said. "It is especially valuable to get a DNA from West Africa, where it is well known that the preservation of human remains [is] very bad due to the acidic soils." However, according to Schlebusch, the researchers now need to visualize effective population sizes over time with the new dataset –in order to trace the DNA of our ancestors all the way through.