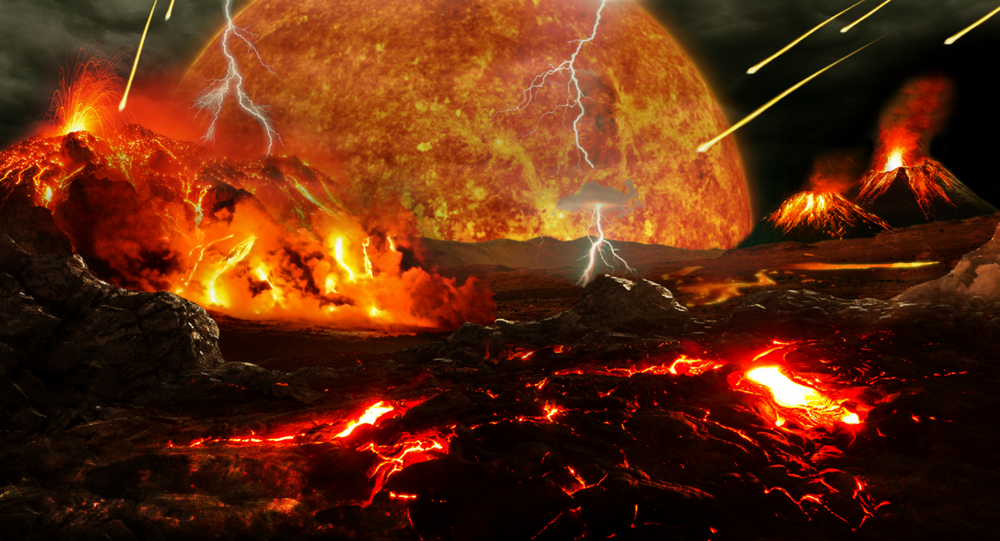 Our planet’s magnetic field, known as the magnetosphere, is the main force protecting us from the powerful solar radiation which constantly bombards Earth from space. Without it, our planet would quickly be bleached dry of life, helpless in the face of powerful solar flares and other deadly cosmic phenomena.

Earth’s original magnetic field was formed some 4.2 billion years ago, was much more powerful than previously estimated, and may have been driven by a mechanism dissimilar to the one that protects our planet today, groundbreaking new research from the University of Rochester suggests.

Studying miniscule grains of magnetite found inside tiny zircon crystals ingrained in rocks from the Jack Hills, western Australia using a powerful new electron microscope, researchers found evidence that an early magnetosphere existed some 750 million years before it was previously thought to have formed.

The study, published in the Proceedings of the National Academy of Sciences, posits that the magnetite found in the zircon crystals dates back a whopping 4.2 billion years. These magnetized particles, formed during the appropriately named ‘Hadean period’ (a period of geological history during which the planet was an unlivable hellscape) were shown to contain locked-in clues about the direction and intensity of the magnetic field which existed at the time.

According to the study, this early magnetic field was likely powered by a different, magnesium oxide-based mechanism, but was exhausted some 565 million years ago, leading to the formation of the inner core and the creation of the churning of molten metals-based process which creates huge electrical currents and powers our planet’s magnetic field today.

© Sputnik / Alexander Liskin
A model of the earth's internal structure at the Moscow Planetarium.

In a press release, study author Dr. John Tarduno, a professor of geophysics at the University of Rochester, said the groundbreaking new research offers scientists new clues about the processes which led to the formation of a habitable planet. “One of the questions we want to answer is why Earth evolved as it did and this gives us even more evidence that the magnetic shielding was recorded very early on the planet,” he said.

According to the professor, the significance of this early magnetic field cannot not be overstated, “because it shielded the atmosphere and water removal from the early Earth when solar winds were most intense. The mechanism of field generation is almost certainly important for other bodies like planets and exoplanets.”

Mars, for example, is also believed by scientists to have had its own magnetic field at one point, but it disappeared some 4 billion years ago, leading to the disappearance of the Red Planet’s oceans and much of its atmosphere.  Scientists still don’t know what caused that event. The Moon, too, is thought to have had a magnetic field up to two times more powerful than Earth’s, but it too weakened and petered out completely some one billion years ago.