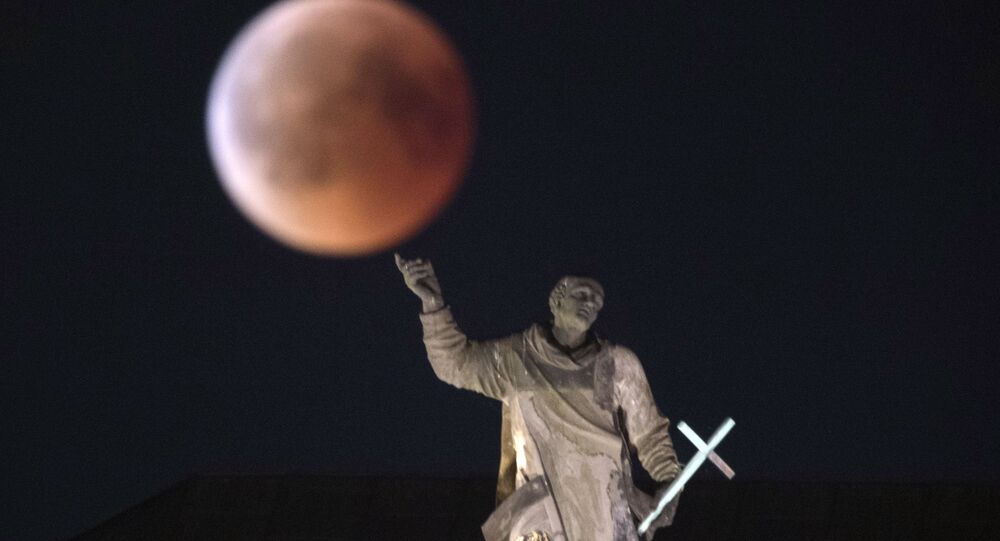 The magnetosphere is the main force protecting Earth from the powerful solar radiation which constantly bombards our planet. Without it, our planet would quickly become an uninhabitable wasteland.

Researchers at the Massachusetts Institute of Technology have discovered that the Moon once had a powerful magnetic field twice as strong as that of Earth, but that it was weakened before petering out completely about one billion years ago.

According to the researchers, who published their findings in this month’s issue of the Science Advances journal, the Moon’s magnetic field was powered by a powerful dynamo effect generated by a phenomenon known as ‘core crystallization.’ This phenomenon is said to have worked as follows: as the moon’s inner core cooled and was crystalized, the core’s electronically charged fluid was stirred buoyantly, producing the dynamo effect.

Dr. Benjamin Weiss, MIT professor of Earth, Atmospheric and Planetary Sciences and the study’s coauthor, explained that the magnetic field “is this nebulous thing that pervades space, like an invisible field. We’ve shown that the dynamo that produced the Moon’s magnetic field died somewhere between 1.5 and 1 billion years ago, and seems to have been powered in an Earth-like way.”

Dr. Weiss and his colleagues were able to come up with an estimate regarding the former power of the Moon’s magnetic field using lunar rocks collected by NASA’s Apollo project, which showed that samples up to 4 billion years old gleamed with evidence of a strong magnetic field of roughly 100 microteslas (a unit of magnetic flux density). By comparison, Earth’s magnetic field is estimated at just half that – about 50 microteslas.

Later, the scientists studied other, ‘younger’ moon rocks, formed about 2.5 billion years ago, which showed readings of below 10 microteslas. With the passage of time, the creation of new moon rocks dwindled as the volcanic activity which created them ceased. This, Weiss explained, has made finding rocks from 3 billion years ago or less difficult, and has made studying the past 3 billion years of lunar history “a mystery because there’s almost no rock record of it.”

In a stroke of luck, the Apollo missions managed to collect samples of lunar rock created just one billion years ago, apparently formed during a collision, which melted down and welded the rocks back together. These samples showed a virtually nonexistent magnetic field – measuring just 0.1 microteslas. In this way, scientists were able to determine that by a billion years ago, our lunar satellite’s once powerful magnetic field was no more.

Scientists estimate that the Moon’s magnetic field was actually powered by two separate phenomena – with core crystallisation being a long-term, weaker force compared to something called ‘precession’. The latter phenomenon is believed to have been caused during a period when the Moon orbited closer to Earth, with its solid outer shell wobbling and stirring up the molten fluid in the lunar core as it reacted to our planet’s gravitational pull, generating the powerful 100 microtesla magnetic field.

© NASA . Goddard/SVS/Ernie Wright
This visualization of Lee Lincoln scarp is created from Lunar Reconnaissance Orbiter photographs and elevation mapping. The scarp is a low ridge or step about 80 meters high and running north-south through the western end of the Taurus-Littrow valley, the site of the Apollo 17 Moon landing. The scarp marks the location of a relatively young, low-angle thrust fault

Based on their findings, Weiss and his colleagues believe that the precession effect remained dominant until about 2.5 billion years ago, when it was succeeded by the weaker core crystallisation phenomenon, which itself had died by 1 billion years ago.

Earth’s protective magnetic field, known as the magnetosphere, protects our planet from powerful solar waves. Even with this protective shield, intense solar flares generated by the Sun are capable of causing extensive damage to man-made infrastructure, both on Earth and in space. In 2011, US scientists calculated that a repeat of the kind of deadly solar storm which hit Earth in 1859 could cause up to $2 trillion in damage and take years to repair. Without a magnetic field, Earth would be left helpless to solar radiation, making it virtually uninhabitable by carbon-based lifeforms.

Russia, US to Discuss Lunar Gateway Station 'Closer to Spring' - Head of Roscosmos