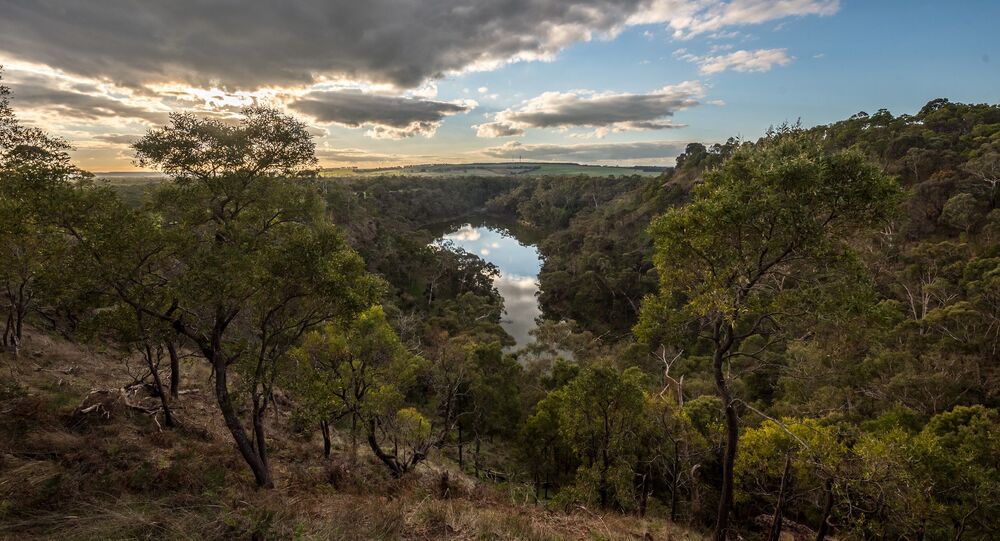 The aquatic system of the Budj Bim Cultural Landscape – an elaborate series of stone-lined channels and pools crafted by ancient indigenous people in Australia - has long been known to archaeologists, and was finally added to UNESCO's World Heritage List in July 2019.

Raging bushfires in Australia have revealed extra sections of an ancient aquaculture system built by indigenous people in south-west Victoria, Australia thousands of years ago.

The fires, that started back in December and were brought under control only recently, ripped through the state, burning away the thick vegetation in the area to lay bare the remarkable discovery.

The Budj Bim Cultural Landscape, consisting of extensive water channels and dams built by indigenous Australians from volcanic rocks to trap and harvest eels for food, is one of the world's most extensive and oldest aquaculture systems.

"When we returned to the area, we found a channel hidden in the grass and other vegetation. It was about 25 meters (82 feet) in length, which was a fairly substantial size," Rose told CNN.

According to the official, new structures were now distinctly seen in the burnt landscape, resembling channels and ponds.

The one good news story from the #BushFireCrisisAustralia is that new sites of ancient Indigenous occupation have been found at the Budj Bim Cultural Landscape on Gunditjmara Country #BudjBim #bushfireaustralia #UNESCO #Indigenousarchitecture pic.twitter.com/Fj1bWDvtQi

"It was a surprise continually finding new ones that the fires revealed," he said.

Initially, the fire in the vicinity of the national park was caused by a lightning strike in late December. Spreading rapidly, it engulfed an area of around 790 hectares (3 square miles), according to Mark Mellington, district manager for Forest Fire Management Victoria.

Firefighters and local groups, he said, had joined efforts to identify culturally important sites and use "low impact techniques" to replace heavy machinery when dousing the flames.

​The bushfires in this area did not cause the same level of devastation as in other parts of Australia, and locals hope now they will make ample use of this opportunity to further explore the ancient aquaculture system.

"Over the next few weeks, we are hoping to conduct a comprehensive cultural heritage survey to check areas that were not previously recorded. It's important because it provided a rich, sustainable life for the traditional people, and has continued to be an important part of our cultural life," said the Gunditjmara representative.

The aquatic system at Budj Bim has long been known to archaeologists, and was added to UNESCO's World Heritage List last July.
Constructed by the Gunditjmara people more than 6,600 years ago, it is believed to be older than Egypt's pyramids.

The peak is a scoria hill that was thrown up near a group of three overlapping volcanic craters that now contain Lake Surprise.

The Budj Bim lava flows provided the basis for the complex system of channels and dams developed by the Gunditjmara in order to trap, store and harvest kooyang (short-finned eel – Anguilla australis) from Lake Condah.

This aquaculture system provided an economic and social base for Gunditjmara society for six millennia, believe scientists.
Initially with a population believed to be in the thousands, the Gunditjmara was one of several indigenous groups of people that used to reside in the southern parts of the present-day Victoria state before the European settlement.

Budj Bim is believed to convincingly uproot the myth that all indigenous people were nomadic and not agriculturally inclined.