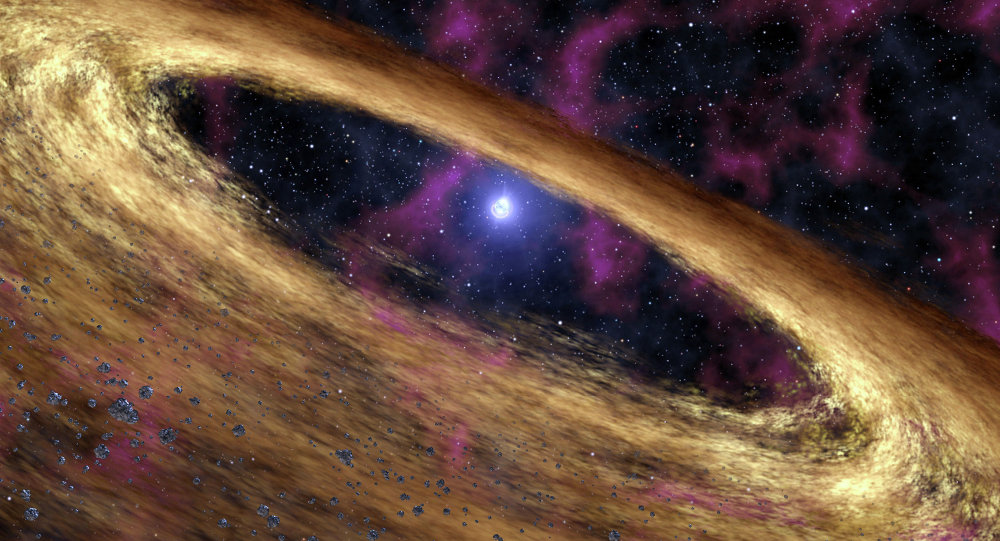 Astronomers have been watching one of the nearest pulsars to Earth, dubbed Geminga, in the belief it might offer some clues to a question that's puzzled scientists for some time.

Astronomers may have finally found the answer to a question that has long puzzled them, according to a new study, the results of which were published in Physical Review D on 17 December 2019.

The research, titled "Detection of a gamma-ray halo around Geminga with the Fermi-LAT data and implications for the positron flux", sheds light on the reason for the presence of an abundance of anti-matter near Earth - something that has been a mystery for about a decade.

A team of astronomers had been watching a nearby pulsar, named Geminga, with a strange halo around it.

It’s one of the nearest pulsars to Earth, about 800 light years away in the constellation Gemini, and is also very bright in gamma rays.

“Our analysis suggests that this same pulsar could be responsible for a decade-long puzzle about why one type of cosmic particle is unusually abundant near Earth", said Mattia Di Mauro, an astrophysicist at the Catholic University of America in Washington and NASA’s Goddard Space Flight Center in Greenbelt, Maryland.

Di Mauro who led a small team of scientists studying a decade’s worth of Geminga data, says: “These are positrons, the antimatter version of electrons, coming from somewhere beyond the solar system".

Discovered by NASA’s Fermi Gamma-ray Space Telescope, pulsar Geminga’s halo is invisible to our eyes, since it’s in the gamma wavelength. It’s impressively large, covering the equivalent of 40 full Moons. 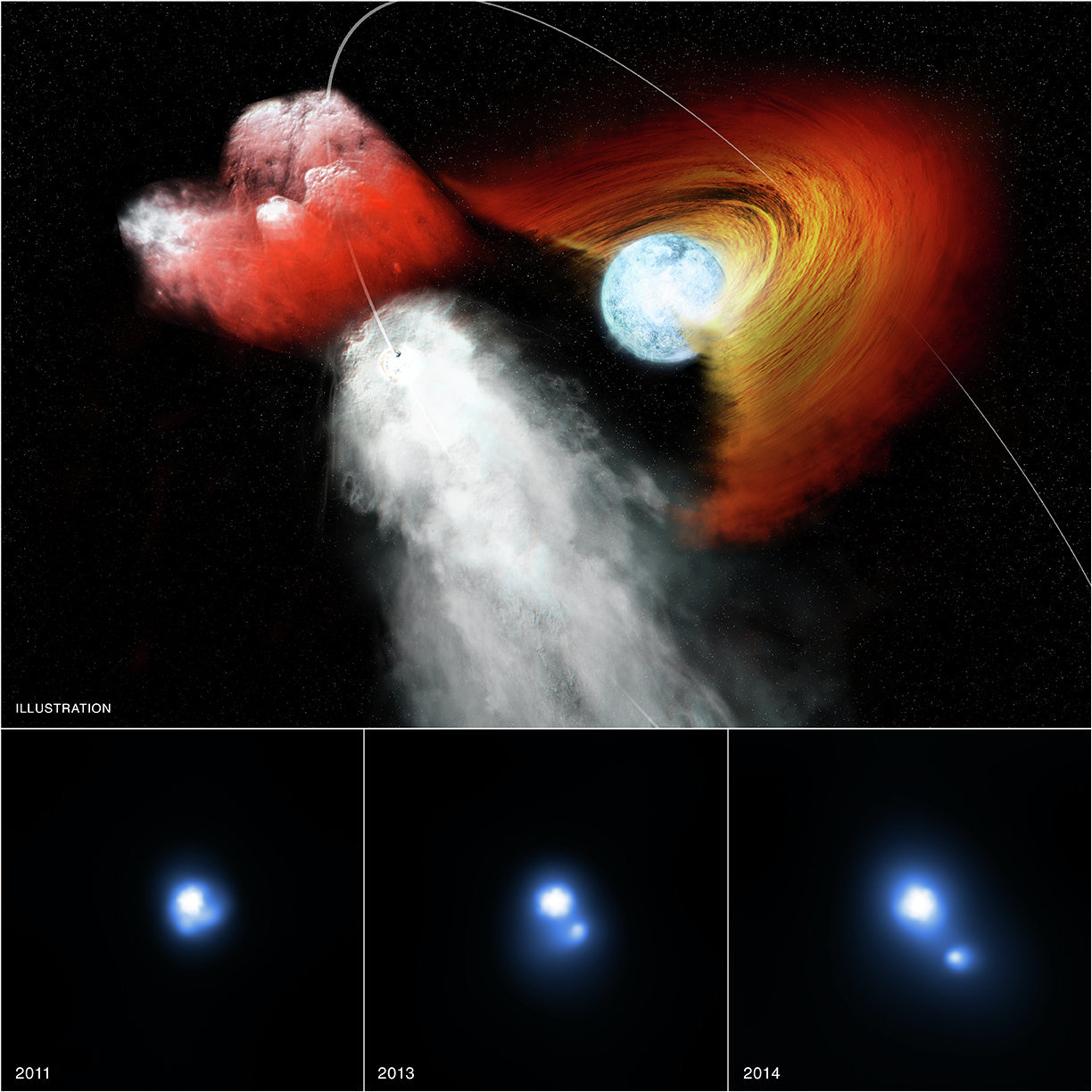 © NASA . G.Pavlov
This trio of images contains evidence from NASA’s Chandra X-ray Observatory that a clump of stellar material has been jettisoned away from a double star system at incredibly high speeds.

It was this halo that might be responsible for the abundance of anti-matter near Earth, suspected astronomers.

Geminga is the result of a supernova explosion about 300,000 years ago in the constellation Gemini, and is a rotating neutron star oriented towards Earth. Its energy is directed toward our planet.

The pulsar is surrounded by a cloud of both electrons and positrons, since a neutron star has an intense electromagnetic field. This strong field pulls the particles from the pulsar's surface, and accelerates them.

These particles, including electrons and their anti-matter counterparts, positrons, are cosmic rays that are subject to the effects of magnetic fields. By the time cosmic rays reach Earth, astronomers cannot determine their source.

Throughout the past decade, a number of observatories, such as NASA's Fermi Gamma-ray Space Telescope, NASA's Alpha Magnetic Spectrometer, and various experiments have detected more high energy positrons in Earth’s vicinity than expected.

A breakthrough finally came in 2017.

The High-Altitude Water Cherenkov Gamma-ray Observatory (HAWC) confirmed what some earlier data had suggested: a small but intense gamma-ray halo around Geminga.

Initially, scientists thought that the high energy halo was caused by accelerated electrons and positrons colliding with starlight.

But the team of astronomers used the HAWC to observe Geminga and its halo and reached the conclusion that the high-energy positrons would only rarely reach Earth, based on the size of the halo and sought another explanation for the abundance of positrons near Earth.

As the current team of scientists narrowed down their interest to the close and bright pulsar, they studied data on Geminga from Fermi's Large Area Telescope (LAT.), which observes lower energy light than HAWC does.

One of the study's co-authors, Silvia Manconi, a postdoctoral researcher at RWTH Aachen University in Germany, said in a press release:

"To study the halo, we had to subtract out all other sources of gamma rays, including diffuse light produced by cosmic ray collisions with interstellar gas clouds. We explored the data using 10 different models of interstellar emission".

Once they had subtracted all the other sources of gamma rays in the sky, the data revealed the vast oblong-shaped halo around Geminga.

The high energy structure covered 20 degrees in the sky at 20 billion electron volts, and an even larger area at lower energies.

Study co-author Fiorenza Donato, from the Italian National Institute of Nuclear Physics and the University of Turin, added:

"Lower-energy particles travel much farther from the pulsar before they run into starlight, transfer part of their energy to it, and boost the light to gamma rays. This is why the gamma-ray emission covers a larger area at lower energies".

The team compared the LAT data with the HAWC data and concluded that the data-sets matched.

They also found that bright, nearby Geminga could be responsible for as much as 20 percent of the high-energy positrons that the AMS-02 experiment observed.

The team claims pulsars remain the best explanation for the original mystery: the source of all those positrons near Earth.

"Our work demonstrates the importance of studying individual sources to predict how they contribute to cosmic rays. This is one aspect of the exciting new field called multimessenger astronomy, where we study the universe using multiple signals, like cosmic rays, in addition to light", said Di Mauro.