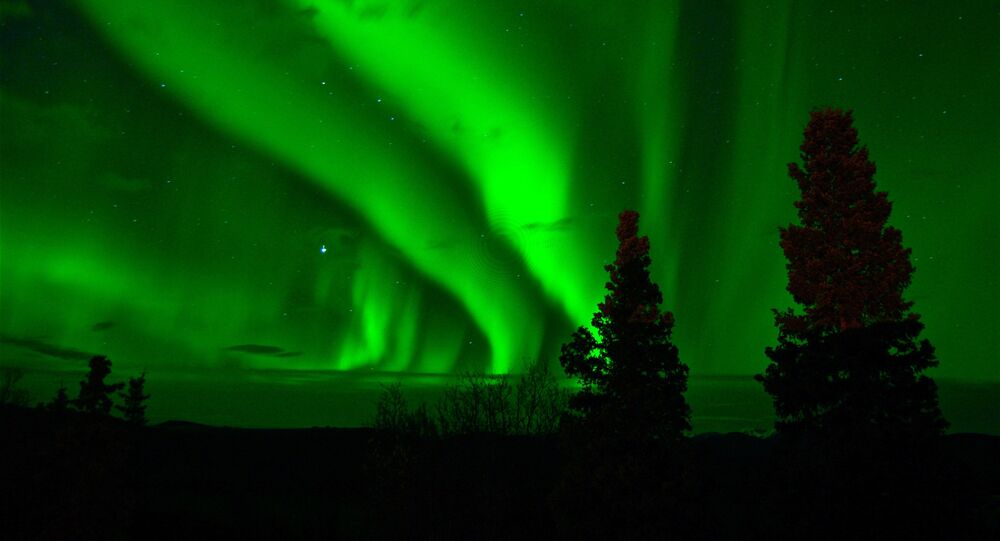 The colourful lights adorning the skies at the North and South Poles have always been thought of as being the result of solar particles sneaking through the magnetic field of our planet and colliding with gases in the atmosphere. However, the aurora borealis spotted three years ago over the Arctic was caused by something else.

NASA intern Jennifer Briggs, studying physics at Pepperdine University, has discovered a new type of polar lights, or auroras, that was caused solely by a crunch in the Earth’s magnetic field. The physicist noticed an anomaly when studying footage filmed from an island in Norway three years ago and satellite data with the help of NASA scientists, The Business Insider reports.

This aurora borealis did not have energised particles from the sun dance colliding with atmospheric gases thereby producing the magic-looking lights, like other phenomena of the kind. When it was spotted, the sun was not showing any heightened activity, for example, eruptions. This made them conclude that the lights were caused by a mysterious compression of the Earth’s magnetic field, shrinking suddenly and rapidly.

"The really fascinating thing is that nothing came from the sun to smash into it”, Briggs noted.

What prompted this “massive, but localised compression”, which looked like something punched the magnetic field, is unclear. The edge of the bubble rushed towards the Earth by about 25,000 kilometres, taking just 1 minute and 45 seconds.

© AFP 2021 / OLIVIER MORIN
Sky of Green: Solar Explosions Create Aurora Borealis in Parts of US and Canada - Photos
The researchers suggested that there might have been an unprecedented storm in the area where the solar particles sneak through our protective bubble, the magnetosphere. What caused the storm is not known.