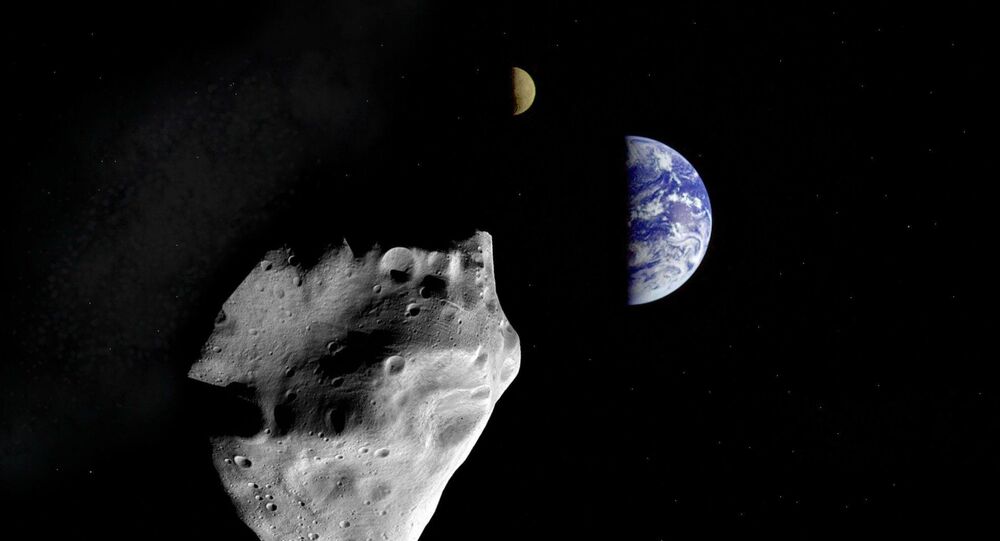 This year outer space almost showered us with not one, not two, but four presents, in the way of four asteroids that have or will fly by at close proximity to the Earth, on Christmas Eve and Christmas night. Another “monster” is expected to come close to our planet on 26 December.

A giant asteroid taller than Italy's Tower of Pisa swooshed past the Earth on Christmas Eve, say NASA scientists. They first detected the celestial body on 19 December. The space rock, called 2019 YU is estimated to be between 62 to 140 meters in diameter and is travelling at the break-neck speed of more than 58 thousand kilometres per hour. It was categorized as a near-Earth object – a celestial body, whose orbit brings it into close proximity with the Earth and hence poses a potential danger, however, scientists ruled out that 2019YU was a threat to our planet.

The space rock was one of three celestial bodies that flew past the Earth this Christmas Eve, however, 2019YU was the biggest one. NASA scientists say that at the upper end of their estimates, it is taller than the Great Pyramid of Giza. Researchers noted that after the latest flyby they do not expect the celestial body to approach the Earth again.

Still, it's too early to take our hands off the panic button, since on 26 December an asteroid, the size of the Burj Khalifa, the tallest building in the world, will come very close to our planet. NASA said 310442 (2000 CH59) belongs to a group of Aten asteroids, whose orbits occasionally intersect with that of Earth's, and if it hits our planet, a major city could be obliterated in seconds. So if you have any unfinished business…