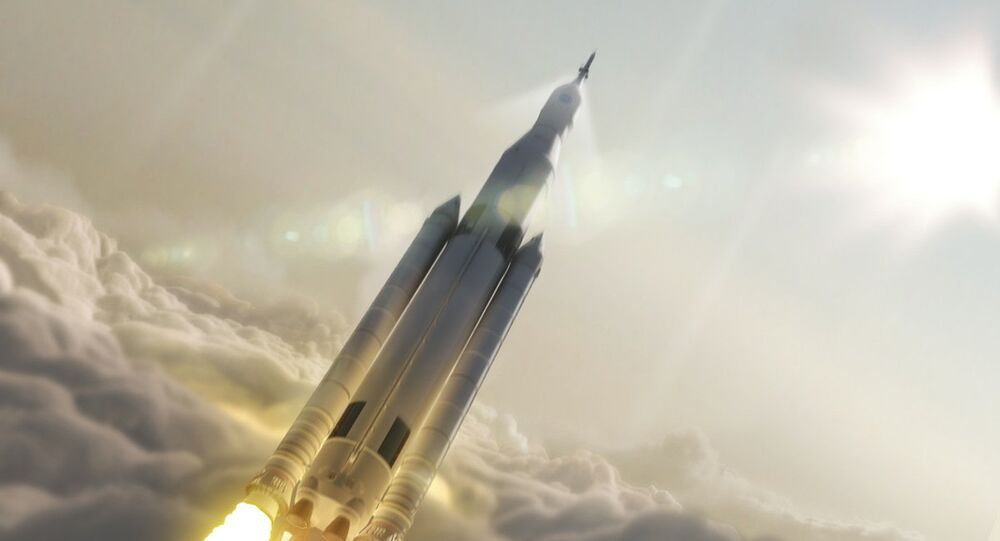 The test was a step forward in finalising the Space Launch System’s (SLS) core stage for NASA’s Artemis programme, which is expected to send astronauts to the Moon again – or for the first time, if you’re a fan of conspiracy theories.

NASA has posted a video of a crash test of an SLS rocket fuel tank, showing the huge structure pop like a pack of crisps. The space agency intentionally exploded a test version of the rocket’s propellant tank to see how it would withstand loads, and according to NASA it passed the test with flying colours, as it endured 260 percent of the expected flight loads for over five hours.

​"We purposely took this tank to its extreme limits and broke it because pushing systems to the point of failure gives us additional data to help us build rockets intelligently", Neil Otte, chief engineer of the SLS Stages Office at Marshall, said in a NASA statement.

Earlier, the space agency ran several other tests designed to examine how the rocket tank would withstand extreme forces that it would be exposed to with engine thrust – and it aced them too. During these tests, NASA engineers simulated a lift off using nitrogen and pistons, which created intense pressure.