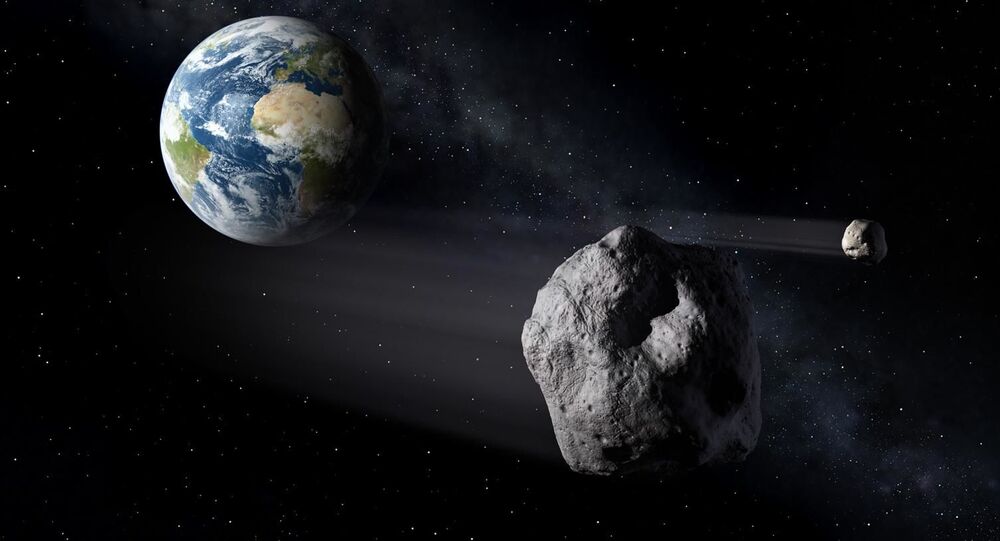 In June, the space agency unveiled a 20-page plan on how to deal with near-Earth objects (NEO) that fly in close proximity to the Earth. A recent public poll has revealed that Americans want NASA to concentrate more on dangerous celestial objects than on sending humans to the Moon and Mars.

A humongous asteroid twice the size of London’s Big Ben clock tower whizzed past the Earth on 13 November, NASA reported. The UN12, which was 790 feet long and flew 30 time faster than a bullet, swooshed within 900,000 miles of Earth at 1:41 p.m. GMT. In cosmic terms this is a tiny distance. This big guy was among two other celestial objects that were expected to come close to our planet on 13 November. One of them – 2019 UH1, measuring 290 feet across, whizzed past the Earth at the speed of five miles per hour.

Despite their impressive size none of the asteroids posed a danger to our planet. NASA considers all celestial objects that fly within 120 million miles of Earth a NEO and according to recent estimates there are 18,000 NEOs. The space agency closely monitors all objects, evaluating any potential danger. As best as we can tell, no large object is likely to strike the Earth any time in the next several hundred years, the agency said.

The European Space Agency, however, has detected an asteroid that might hit the Earth at the end of the 21st century. Identified as 2019 SU3 it ranks fourth in the list of most dangerous celestial bodies and may hit our planet on 16 September 2084.