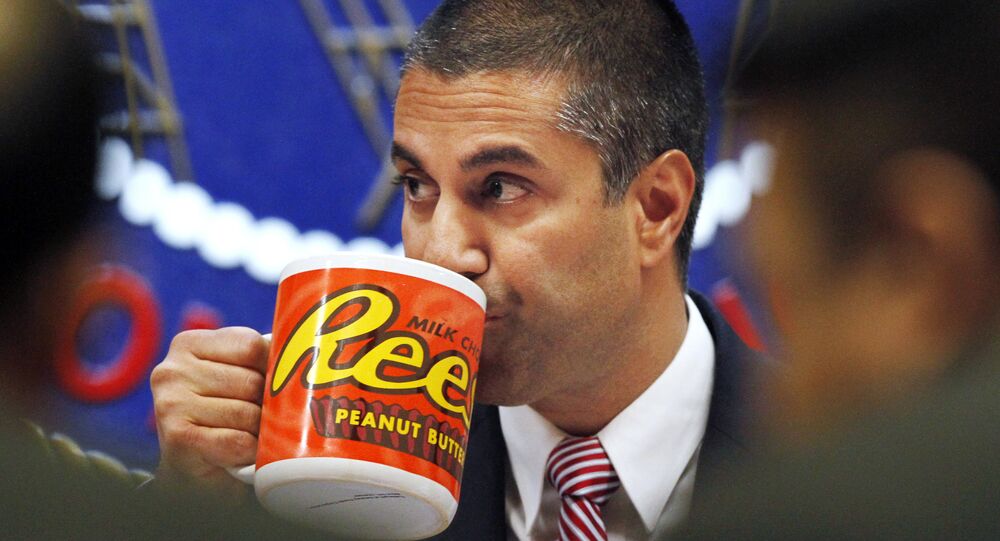 The Federal Communications Commission head warned on Tuesday that the Internet could become “balkanized” if China succeeds in deploying its 5G networks across the world.

Chinese advances in developing 5G wireless networks may lead to a “dangerous” split on the Internet, effectively creating two global networks, Ajit Pai, the head of the US Federal Communications Commission (FCC) told the Council on Foreign Relations (CFR) in New York on Tuesday.

According to Pai, a second Internet that could be created by China would be heavily censored by Beijing.

“That will be something that’s unfortunate for consumers and something that’s potentially dangerous in the long run,” Pai said, according to the South China Morning Post (SCMP). “We don’t want the Internet to be Balkanized.”

He reiterated the position maintained by the Trump administration that the Chinese tech giant Huawei is partnered with the Chinese government and that Beijing commands Huawei to spy on US citizens and companies. Pai, a Trump appointee, claimed that Chinese legislation demands all companies comply with requests from Chinese intelligence services.

“Huawei positions itself as a private company, but it has significant ties with the Chinese government as well as with the Chinese military,” he said, citing what he described as “recent cases” that “reflect a disturbing and growing pattern of behavior” by Beijing, without elaboration.

On 19 November, the Commission will vote on a plan to prohibit companies that receive funding from the FCC’s Universal Service Fund from buying hardware or services from Chinese tech companies, including Huawei, ZTE and others, the Post says.

The Trump administration has long sought to remove Chinese tech companies from the US market, as well as push them from the markets of US allies. In May, Trump signed an executive order forbidding US networks from using Chinese hardware and services. The administration also proposed various regulations this year to restrict Huawei from becoming involved in US 5G networks.

Critics of the idea say the narrative of security and espionage is little more than a smoke screen for US business protectionism. During his speech before the Council on Foreign Relations, Pai claimed that “millions of Americans come to […] understand [that] the threat posed by the Chinese Communist Party is comprehensive and all too real,” according to SCMP.