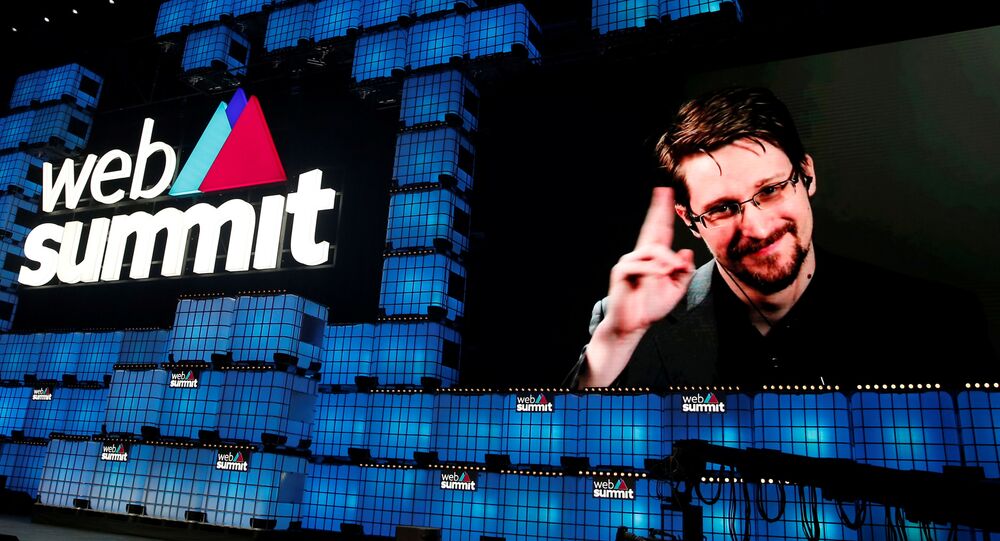 Union Made in Hell? Snowden Warns of Dangerous Cooperation Between Tech Giants and Governments

Back in 2013, the whistleblower revealed that the US National Security Agency and its foreign counterparts were making extensive efforts to exercise Internet surveillance worldwide. Snowden is currently living in Russia due to Washington wanting to arrest and prosecute him for leaking classified documents to the media.

Speaking at the Web Summit, which took place in Lisbon on 4 November, Edward Snowden has warned of the new dangers that technology poses to our world in the hands of some big tech companies cooperating with governments.

How exactly are they dangerous? Snowden believes that a union between big tech and governments would essentially be an "irresistible power". He added that there is no way to police such "power" and make sure that it's not being used against the public.

"When we see government and corporations working in concert... they become the left and right hands of the same body. What we see is the concentration of power", the whistleblower said.

Snowden further pointed out that the focus today needs to be shifted from fighting for data protection to fighting against "data collection". The whistleblower argued that users must abandon their "blind faith […] in the Internet's masters", apparently referring to cases where user data that was collected by big technological companies became available to third parties.

The data of millions of Facebook users was collected by Cambridge Analytica data consultancy and was allegedly used to sway votes in the 2016 US presidential election. After the data collection became public, both Cambridge Analytica and Facebook were subjected to scrutiny by US authorities, sparking a global scandal over the company's handling of user data.

Snowden's remarks came hot on the heels of US Attorney General William Barr issuing a call for the tech industry to provide police with the tools needed to access encrypted messages, arguing that it could help prevent serious crime. Barr also urged these companies to abandon "the indefensible posture" that they lack technical capabilities to provide such access.

"We would be happy if the companies providing the encryption keep the keys […] Making our virtual world more secure should not come at the expense of making us more vulnerable in the real world. We hope that industry will be an ally, not an adversary", he said.

Legal Alien: Snowden Reveals Why He Avoids the Russian Press