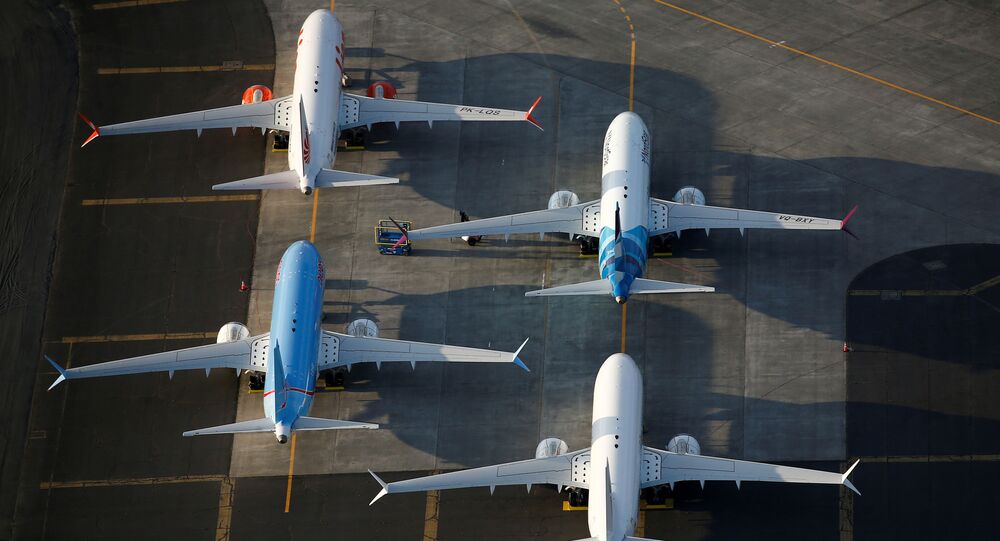 Boeing has once again found itself in hot water with the US Federal Aviation Administration (FAA) and Congress after the publication of a 2016 conversation between company officials revealed concerns about the software system responsible for the deadly Lion Air and Ethiopian Airlines crashes years before the disasters occurred.

The FAA has called for Boeing Chief Executive Dennis Muilenburg to deliver to regulators an “immediate” explanation for why the company withheld knowledge of a critical 2016 conversation between employees that was brought to its attention months ago and published by Reuters on Friday.

The document showed an internal message conversation between 737 Max chief technical pilots Patrik Gustavsson and Mark Forkner, the latter of whom has since left Boeing. The correspondence is now viewed as the earliest concrete mention of the Maneuvering Characteristics Augmentation System’s (MCAS) issues.

The MCAS software on Boeing’s 737 Max is reportedly designed to “enhance pitch stability” on the aircraft, compensating for the plane’s updated hardware so it handles like other 737 jets. The feature pushes the nose down when it detects a stall - so long as it’s working properly. In the two deadly crashes, it’s believed the feature pushed the planes’ noses downward into the ground.

The employees’ discussion revealed that “Vince,” someone who presumably worked with Forkner, believed the MCAS was “running rampant” in simulated flights. Forkner himself would later say that the plane was “trimming itself like crazy” at one point during the simulation, which is something like an autopilot exerting control over the aircraft in the name of stability.

“So I basically lied to the regulators (unknowingly),” Forkner said in a message. However, Gustavsson countered his colleague’s claim by asserting that “no one told us that was the case” concerning the MCAS’ issues.

Forkner, who is currently citing the Fifth Amendment in refusing to cooperate with a Department of Justice subpoena requesting relevant documents, has not admitted wrongdoing in the matter.

“The simulator was not reading right and had to be fixed to fly like the real plane,” David Greger, Forkner’s lawyer, told Reuters in an emailed statement on Friday. “Mark’s career – at Air Force, at FAA, and at Boeing – was about safety. And based on everything he knew, he absolutely thought this plane was safe."

Dennis Tajer, a spokesperson for the Allied Pilots Association, spoke with Sputnik earlier this year and called out the failure of “checks and balances” between the FAA and Boeing during the MCAS’ certification.

“While the MCAS software was reflective, the actual manual trimming, which is the recovery technique, was not reflective of the aircraft,” Tajer told Radio Sputnik’s Loud and Clear back in July. “You don’t want to have pilots have their first experience in the aircraft. You want it in the simulator, so they can have the muscle memory, the confidence and the experience for these very challenging events.”

While Boeing is still attempting to return the embattled 737 Max to the skies, the aviation company has a lot on its plate in terms of accountability.

"I expect your explanation immediately regarding the content of this document and Boeing's delay in disclosing the document to its safety regulator," FAA chief Steve Dickson said in a Friday letter to Boeing’s CEO. NBC News reported Muilenburg contacted Dickson the same day.

Muilenburg is also expected to testify before the House Transportation and Infrastructure Committee on October 30 and the Senate Commerce Committee within the coming weeks.

The Boeing CEO’s congressional testimonies relate to the deadly crashes of two 737 Max aircraft: Lion Air Flight 610 in 2018 and Ethiopian Airlines Flight 302 in March. The MCAS has been identified as the primary culprit in both events, which claimed a total of 346 lives.