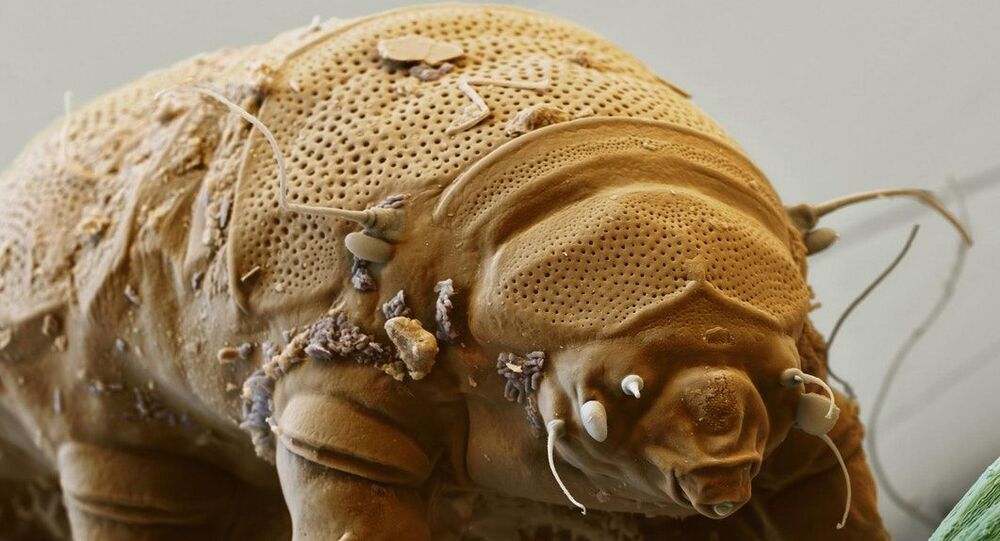 Tardigrades are microscopic water-dwelling animals that are capable of surviving in different kinds of environments, including extreme temperatures and radiation, and are believed to be caple of surviving the apocalypse one day.

Scientists have just discovered how the world's most enduring microscopic creatures- the tardigrades, also known as "water bears" or "moss piglets" – can survive radiation at doses a hundred times higher than lethal doses for humans, as reported by a study published by eLife.

Tardigrades, only 0.5 mm long, have an enormous resilience, and can survive in the vacuum of outer space, tolerate temperatures of +150°C and extreme cold while having the ability to turn into glass for decades, before coming back to life in more favourable conditions.

The researchers who have been studying the superpowers of the tiny creatures have finally discovered a unique protein produced by tardigrades known as "damage suppressor" or Dsup, which helps to explain the animals' endurance. The study carried out at the University of California using three different methods to isolate the Dsup from the animals revealed that this protein can connect to the DNA-containing cell complexes known as chromatins, and create a protective shield around them.

"We now have a molecular explanation for how Dsup protects cells from X-ray irradiation," molecular biologist, and member of the study team, James Kadonaga, told ScienceAlert, "We see that it has two parts, one-piece that binds to chromatin and the rest of it forming a kind of cloud that protects the DNA from hydroxyl radicals."

Hydroxyl radicals are highly reactive particles that can be generated in cells by ionising radiation. Tardigrades nevertheless can be exposed to these compounds not only through radiation but also when the wet and mossy environment in which they dwell dries out. Researchers believe that tardigrades could have developed the Dsup mechanism in response to the drying out of their environment, rather than in response to radiation exposure.

The discovery of the processes of microorganisms' adaptation to radiation and extreme conditions now prompts scientists to believe that they can shed some light on human potential to protect our DNA from various factors.