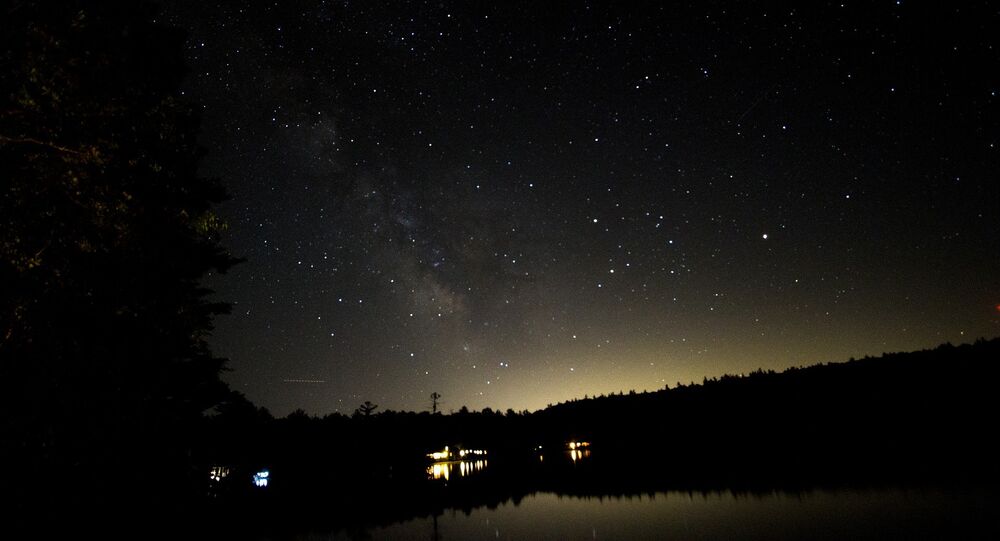 In deep space, the presence of a star is manifest by its effect on its surroundings, with bursting bubbles of dust and gas blown by stellar winds signaling that a newborn must be near.

A new image from NASA's Spitzer Space Telescope has revealed the Milky Way's Aquila region is filled with signs of new star formation, as it is bustling with dust and gas bubbles.

Spitzer sees infrared light, not visible to the human eye, and many interstellar clouds of gas and dust in space like this one are best observed in infrared because its wavelengths can pass through intervening layers of dust in the Milky Way galaxy.

The image was analysed by volunteers from The Milky Way Project, a citizen science initiative on Zooniverse.org that seeks to map star formation throughout the galaxy, helping sort through the overwhelming amount of imagery transmitted from the Spitzer.

Participating citizen scientists pored over images from Spitzer's public data archive and identified as many bubbles as they could, with over 78,000 unique user accounts contributing.

The full Milky Way Project catalogues, offering a total of 2,600 bubbles and 599 bow shocks, are described in a paper published recently in Monthly Notices of the Royal Astronomical Society.

In space, the presence of a star is divined by observing its effect on its surroundings, as blooming bubbles of dust and gas are blown by stellar winds signalling a nearby newborn star.

While the bubbles revealed in the imagery from Spitzer’s final mission days appear to be just a few inches across, they span anywhere between 10 and 30 light years, indicating the bubbles have been blown not by a single star but thousands.

In an interview with Spaceflight Now, NASA's Lisa Storrie-Lombardi said that having access to imagery of the once invisible infrared light has enabled “groundbreaking advances in our understanding of planetary systems around other stars, the evolution of galaxies in the nearby and distant universe, the structure of our Milky Way galaxy, the infinite variety in the lives of stars, and the constituents of our solar system.”

© NASA . JPL-Caltech
This illustration shows a star behind a shattered comet. Observations of the star KIC 8462852 by NASA's Kepler and Spitzer space telescopes suggest that its unusual light signals are likely from dusty comet fragments, which blocked the light of the star as they passed in front of it in 2011 and 2013

Spitzer Telescope's mission is set to wrap up in January, 2020.

Launched in 2003, the Telescope was the last of four telescopes sent to space under NASA's Great Observatories program, with the Hubble Space Telescope its trailblazer.

The Spitzer Telescope's mission was to observe infrared light that would be unobservable on Earth as it's filtered out by our atmosphere.