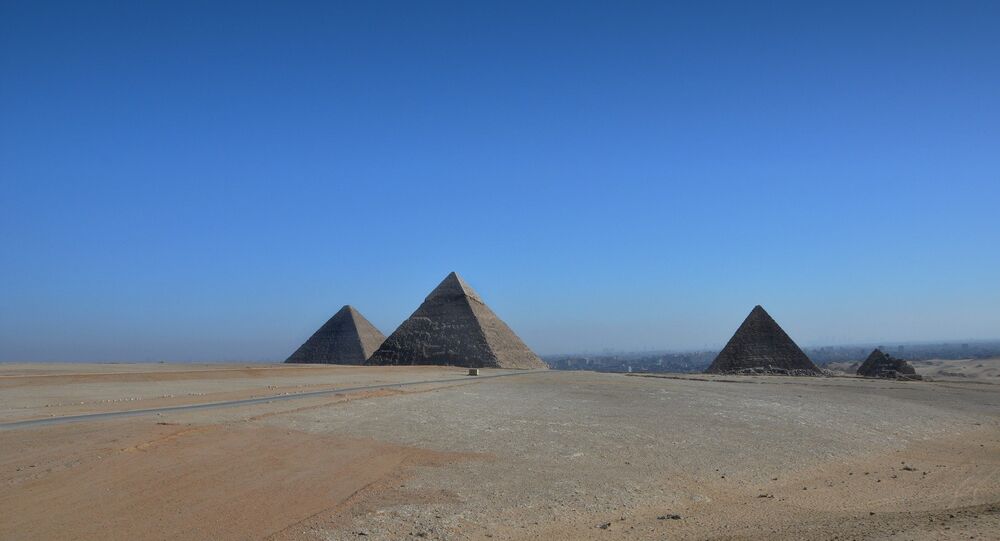 Ancient Egyptians settled along the lower reaches of the River Nile over 4,500 years ago; the remains of this great empire, such as the Great Pyramid of Giza still stand as silent testimonies to the magnificence of this advanced civilisation.

Egyptian historians have made a "unique find" inside the tomb of the Pharaoh Unas which, reportedly, will be instrumental in explaining more about this ancient civilisation, a documentary has revealed.

Filmmaker and Egyptologist Curtis Ryan Woodside expounded on the amazing revelations during his Amazon Prime show “Egypt Through the Ages”.

The filmmaker tells of the Pharaoh Unas, the ninth and last ruler of the Fifth Dynasty of Egypt during the Old Kingdom, who ordered a pyramid built in the city of Saqqara, the smallest of the royal buildings that still stands today.

Inside, there were several rectangular burial tombs – known as mastabas – built for him and the royal family.

However, historians made an interesting discovery when they took a closer look at one of them.
Woodside said in 2018:

“This is King Unas’ causeway and it leads to his pyramid, which is the first pyramid with text inside and all of the mastabas for his children.”

“In the fifth dynasty, when Pharaoh Unas was ruling Egypt, there was a famine and this was recorded in his causeway and actually didn’t last that long, because Unas came along and built canals.”

The documentary went on to reveal how the team uncovered a “unique find” that showed just how beneficial Unas’ work was to Egypt.

Woodside added: “[The inscriptions show] vast amounts of cattle, fishing in the Nile and Unas really turned Egypt around at that stage and brought the country to what would continue as a very prosperous country."

© CC0
Filmmaker REVEALS Why Egyptian Pharaohs Built Fake Doors in PYRAMIDS
In the same series, it is revealed how the Pyramid of Djoser helped uncover “the real brains” behind the Great Pyramid.

Crafted in 2620 BC, during the Third Dynasty, this structure, also dubbed the Step Pyramid, is the brainchild of Imhotep.

He is credited as being the first to conceive of stacking mastabas on top of each other, creating the “steps” of a pyramid – something that later became popular among Pharaohs, such as Khufu.

Woodside said during the same series: “He was a physician, an architect and an adviser to Pharaoh Djoser in the third dynasty, when Djoser decided he wanted to change from the traditional mastabas tombs to have something a bit grander.”

“He was an amazing man and invented so many healing methods that we still use today.”

“He is actually one of the most important people in Egyptian history because if it wasn’t for him we wouldn’t have these pyramids we see today,” concluded the Egyptologist.