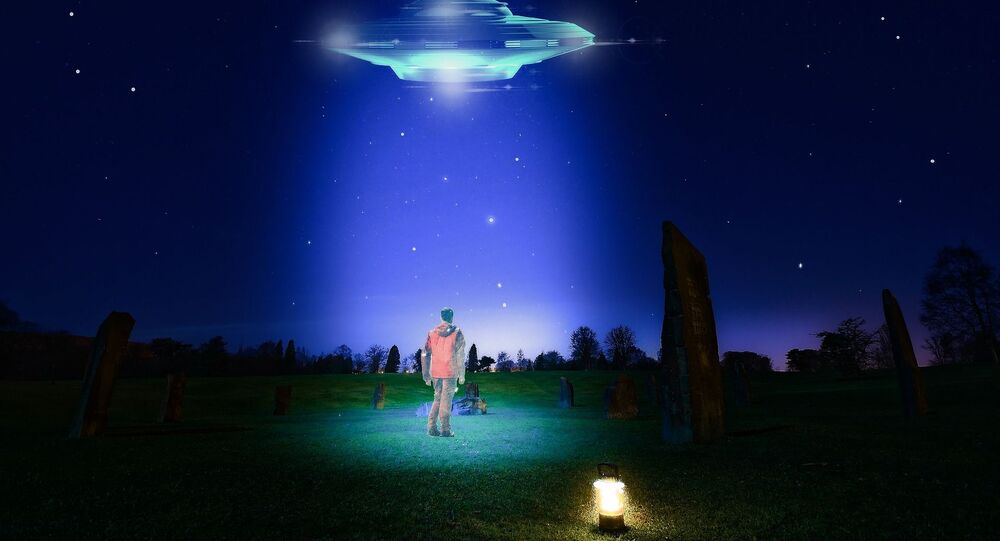 'We Know UFOs Are Real, But Why Are They Here?' – Ex-US Defence Official

Despite multiple reports from Navy pilots about unknown aircraft sightings, which have taken the US and the whole world by storm, the Pentagon has long avoided using the term “UFOs” in its statements and reviews. However, last week, it actually resorted to it when detailing an effort overseen by the now formally abandoned AATI programme.

In the wake of a bombshell report detailing Navy pilots’ regular encounters with unidentified flying objects in 2014 and 2015, Christopher melon, former deputy assistant secretary of defence for intelligence, has issued a comment on the subject asserting that the issue has long been there and the government needs to finally resolve it.

Mellon, who is currently partaking in a new History Channel series called “Unidentified”, which will expound on the widely reported alien spaceship sightings discussed at length in a recent New York Times article.

Appearing on “Fox and Friends” on Wednesday, Mellon, who has previously extensively covered the topic, outlined the reasons that the Navy is taking a special interest in pilot testimonies. He argued that the intelligence is well aware of the fact that UFOs exist, adding that this is no longer an issue.

"The issue is why are they here? Where are they coming from and what is the technology behind these devices that we are observing?" he posed a question.

According to Mellon, they have plausible clues that the controversial objects reported by Navy pilots in 2014 and 2015 were doing something that isn’t at all possible in this physical realm. As an example, he cited the speed of an object being reported as climbing to 5,000 miles per hour, which could be sustainable for only about an hour by an aircraft in the air, whereas those witnessed would be flying all day long, according to the “mystified” pilots.

There was quite some fear, meanwhile, which replaced the previously mentioned mystification after a Super Hornet pilot described his near collision with an object, which he described as a sphere encasing a cube. His public statement also prompted an official report to be filed, with the incident shattering a previous theory suggested by pilots that the objects were a part of some sort of extremely classified drone operation.

"These are reactions between intelligently controlled vehicles operating in and around US military facilities, hence the concern", Mellon addressed the issue, continuing:

"One: there have been near mid-air collisions so there is a safety issue. Two, there is a vital national security issue which is that our sovereignty is being violated by vehicles of unknown origin", Mellon stated.

He went on to note that the US is hardly the only country to have interactions with the objects in question, while he is deeply frustrated by the fact that the government is taking the issue with a pinch of salt and demonstrating unwillingness to act on the public concerns.

The former official decided that the only way to get it rolling was to release the information to the public, at least in the form of his new show and television interviews.

"We are giving military personnel on the front line a voice", he said. "We are helping them get out the message of what it is they are encountering and why they are so concerned about it".

The New York Post recently reported that despite on multiple occasions avoiding the abbreviation “UFO” and what exactly it stands for, the Pentagon has now resorted to using it, outlining in its recent statement that one of its initiatives “did pursue research and investigation into unidentified aerial phenomena”.

There formerly existed the so-called AATIP, the Advanced Aerospace Threat Identification Program, devised in 2012, and although it was formally ditched soon afterwards, the Department of Defence admitted that it is still looking into reported sightings of mysterious unknown aircraft. The programme was not classified, but was known to be a secret investigatory effort funded by the United States government to study unidentified flying objects.

Meanwhile, US media are increasingly reporting sightings of enigmatic flying objects capable of performing manoeuvres seemingly impossible for terrestrial craft by US naval aviation pilots that operate over the country’s eastern seaboard, among other areas.

The Washington Post reported in early May that the US Navy had issued new guidelines whereby pilots and other staff are required to report encounters with unidentified flying objects, while the Navy has no plans to make the data available to the general public.

‘We Want to Know’: US Navy Working Up Procedures for Reporting UFOs