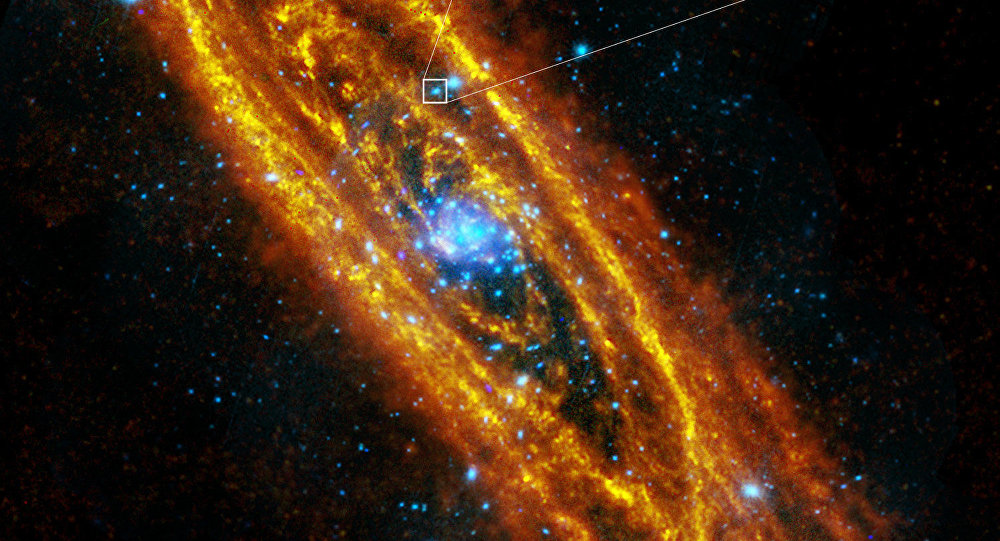 The incredible audio was achieved by converting the radio signals sent out by the distant solar bodies into sound waves.

Roscosmos TV, the official media channel of the Russian space agency, has put together a symphonic arrangement to sounds made by pulsars using information gathered by Russia's Spektr-R scientific satellite.

The video features observations of an assortment of pulsars (rapidly rotating neutron stars left over after stars explode into a supernova), with these cosmic bodies emitting powerful radio beams which can be picked up by scientists on Earth.

"By translating the frequency of pulsar signals into sound waves, one can get music", the video explains, kicking off an audio-visual display of neutron stars transmitting their radio signals deep into space. The sounds are played one by one, before being combined for a beautiful final crescendo featuring nine pulsars "playing" together.

© Photo : E. Masongsong/UCLA, M. Archer/QMUL, H. Hietala/UTU
LISTEN to CREEPY Water Drum-Like Vibration of Earth's Magnetic Field
The cosmic "performers" include B0329+54, a five-million-year-old galaxy in the Camelopardalis constellation, about 3,460 light-years from Earth, the B0531+21 "Crab" neutron star, situated in the Crab Nebula of the Taurus constellation, a remnant of a supernova that was widely observed on Earth in the year 1054, the B0833-45 Vela Pulsar in the Vela constellation, about 3,200 light-years from our planet, and others.

Earlier this year, scientists revealed the sounds made by Earth's magnetic field using incredibly sensitive instruments on board NASA's THEMIS space probe constellation, with the natural shield protecting the planet from deadly solar radiation apparently making a sound akin to a heartbeat or a gelatine-filled drum.