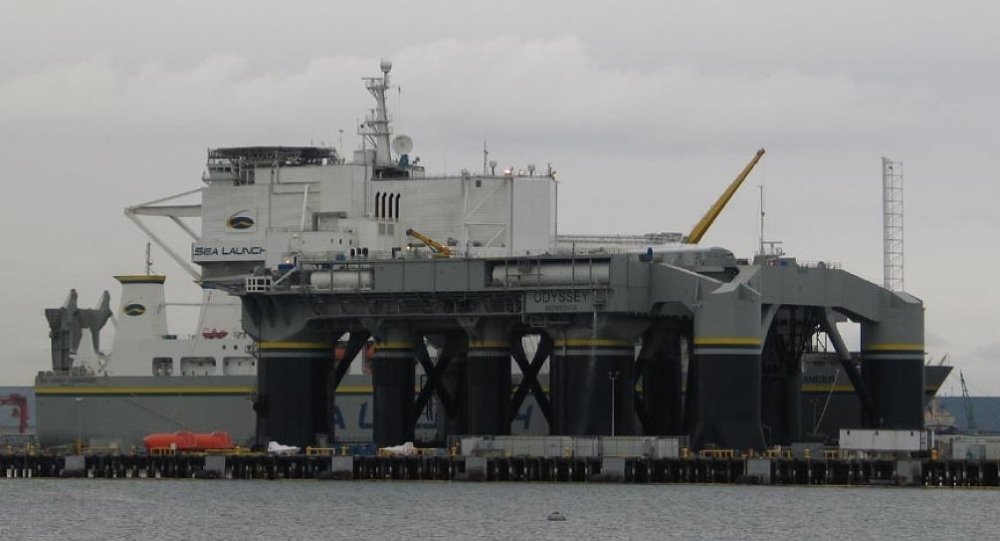 MOSCOW (Sputnik) - The redeployment of the Sea Launch space launch venture from the US State of California to Russia's Far East may be discussed soon, a Russian space industry source told Sputnik.

"The possibility of relocating the Sea Launch platform to the Far East, specifically to the Sovetskaya Harbor, for launching the Soyuz-5 Light rocket is being considered,” the source said.

© REUTERS / Kai Pfaffenbach
WATCH Aftermath of Russian S7 Airlines Co-Owner Plane Crash in Germany
According to the source, if the Sea Launch continues to be located in the United States, it is almost impossible to launch a new Russian rocket from it, since the intergovernmental agreement between Russia and the United States provides for the launch of the Russian-Ukrainian Zenit rocket, which was discontinued in 2014.

Even if a new intergovernmental agreement is signed in the future, the Russian side will have to disclose to the US regulatory authorities the technical documentation on the new rocket in order to receive a launch license, a condition that Russia will not accept, the source stressed.

“The only way out is to relocate the Sea Launch to Russia,” he concluded.

Russia's S7 Group is the owner of the Sea Launch venture, which includes the Sea launch Commander vessel and the Odyssey launch platform.