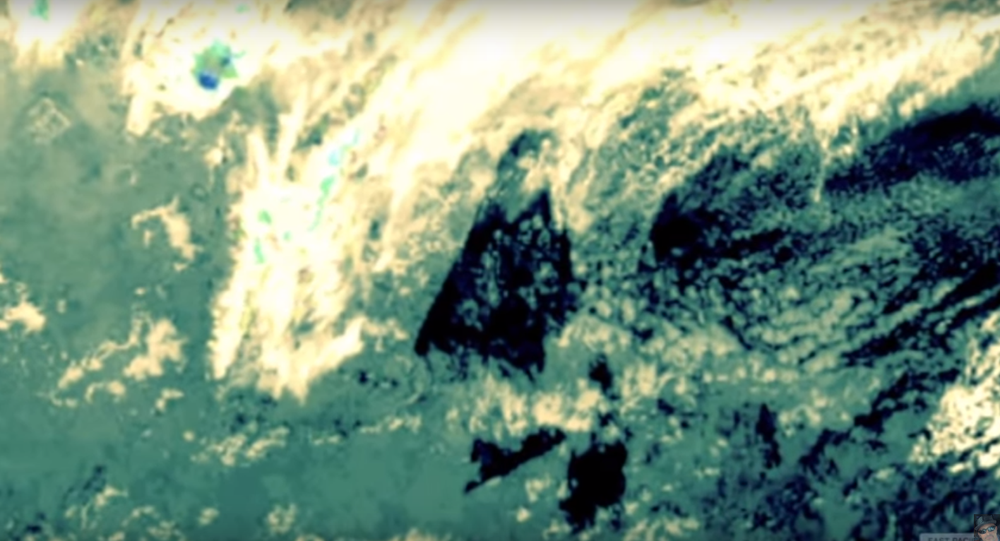 The man who made this interesting discovery admitted that he doesn’t know what that enigmatic object is, noting that it doesn’t look natural.

A peculiar sight recorded by an orbiting spacecraft was recently brought to the attention of the public by one inquisitive man who was watching the feed of a National Oceanic and Atmospheric Administration (NOAA) satellite.

A video uploaded by a YouTuber who uses the handle MrMBB333, known for studying various studying various anomalies and conspiracy theories, shows a huge enigmatic rectangular object emerge from among the clouds swirling over the eastern Pacific off the coast of South America.

"Looks like a triangle to me. Could be a natural artefact, I don’t know", the person who uploaded the video remarked. "It doesn’t fit in, it doesn’t look natural, the rest of the clouds do but that doesn’t."