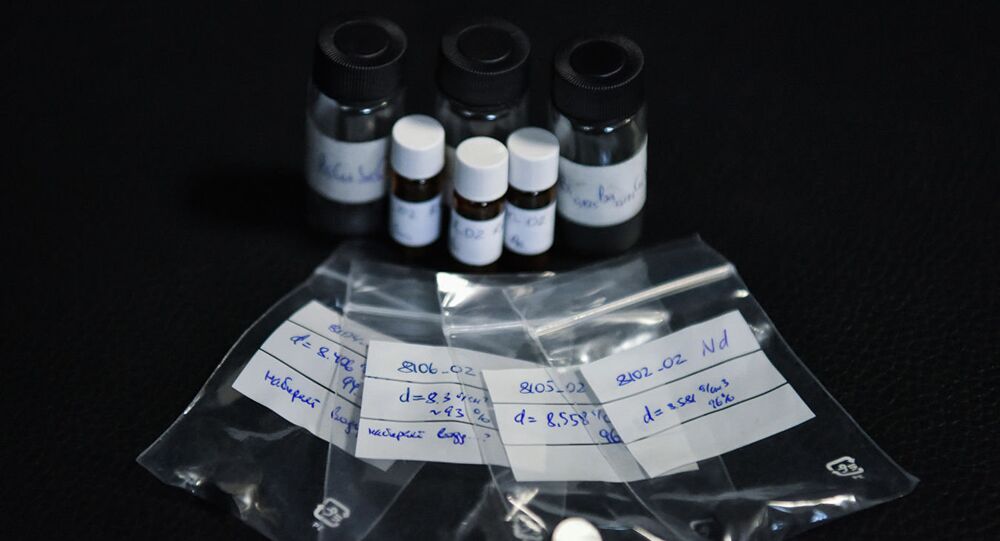 Together with their colleagues from the Russian Academy of Sciences, Moscow State University, South Ural State (National Research) University and Japan's NIMS, researchers from the NUST MISIS have developed a method to obtain prospective BiCuSeO (bismuth-copper-selenium-oxygen) oxyselenide-based thermoelectric materials.

This invention will allow for the rapid fabrication of similar materials without sacrificing their quality. Their findings were published in the Journal of Alloys and Compounds.

© Photo : Mikhail Gavrilenko
Scientists Develop Sensor to Detect Presence of Carcinogenic Substance in Fish
Traditional methods for obtaining thermoelectric materials (including BiCuSeO) tend to be hard to implement production-wise, with the production process taking an average of at least one week. However, researchers came up with a method that can produce similar materials in about 10 hours with the help of reactive spark plasma sintering (RSPS).

"We pour the reagent mixture into a graphite press mold that is placed inside the RSPS installation to be treated under pressure of 50 MPa in argon atmosphere at a temperature of up to 700ºC achieved as a result of the pulse current flowing through", said Andrei Novitsky, a co-author of the research and an employee at NUST MISiS, in an interview with Sputnik.

This produces bulk materials ready for further processing, namely semi-manufactured samples that can be used to make thermoelectric generator materials.

"The immediate practical impact of this research is that this synthesis method allows for obtaining medium-temperature thermoelectric materials on an industrial scale", Novitsky said. "Its application in thermoelectric material production will significantly reduce the time and energy output without sacrificing the quality and volume of the end product".

Though the scientists proved to fabricate the BiCuSeO-based material with the help of reactive spark plasma sintering to be possible, they still have a range of issues to address before scaling up production and testing it at manufacturing facilities.

© CC BY 2.0 / NASA Goddard Space Flight Center / Tycho Brahe
Scientists Discover Origin of Mysterious Gamma Ray Bursts
In the future, researchers are planning to study the phase formation mechanism of the synthesized compounds depending on initial components, determine the effects the sintering parameters (heating rate and exposure time) have on the end product's electrophysical properties, and study the effect that the preliminary mechanical activation of the initial components has on the process as well as on the obtained material's properties.
...
Reddit
Google+
Blogger
Pinterest
StumbleUpon
Telegram
WhatsApp
130