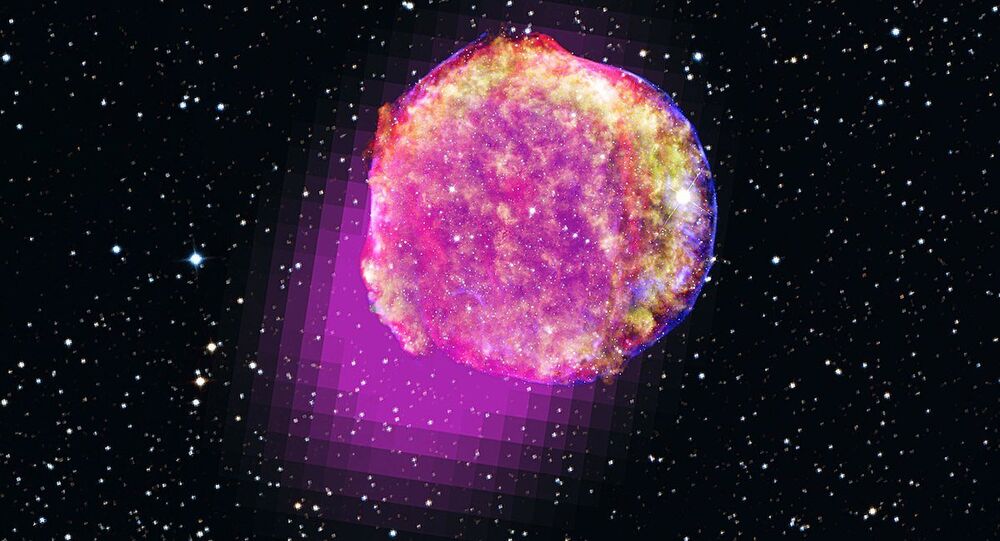 Although they were discovered more than 50 years ago, the mechanism of the most powerful energy phenomenon in the universe has remained a mystery. Scholars from Japan have managed to come closer to solving the question as they have reportedly revealed that gamma ray bursts originate in the "relativistic jet" produced by exploding stars.

The team from the RIKEN Cluster for Pioneering Research has discovered the origin of photons in long gamma ray bursts (GRBs), which are said to be the most powerful phenomenon in the universe, using computer simulations.

The breakthrough research was published in Nature Communications and is based on a discovery, referred to as the Yonetoku relation, made by one of its authors. It stands for the proportion between the spectral peak energy and peak luminosity of GRBs, which helps to describe the emission mechanism. As an article on EurekAlert! reads, the discovery means that long gamma ray bursts could help look further back into the history of the universe and provide more information on cosmic mysteries, including dark matter and dark energy.

The research team used supercomputers to perform computer simulations and focused on a "photospheric emission" model. According to the model, photons visible on Earth are ejected from the photosphere, which is the visible portion of the "relativistic jet" emitted by stars. The more the jet expands, the more easily photons fly out from within it, and the "critical density" moves downward.

The group tested the validity of the model and determined that it at least worked for long GRBs, which are associated with collapsing massive stars. The Yonetoku relation was proven to be reproducible for jet-stellar interactions. The outlet cites Hirotaka Ito from the Cluster for Pioneering Research as saying that the result of the research suggested that the “photospheric emission is the emission mechanism of GRBs".

However, the scientist admitted that despite revealing the origin of the photons in GRBs, the mechanism of how the relativistic jets themselves are generated by collapsing stars remains a mystery.

“Our calculations should provide valuable insights for looking into the fundamental mechanism behind the generation of these tremendously powerful events", he concluded.