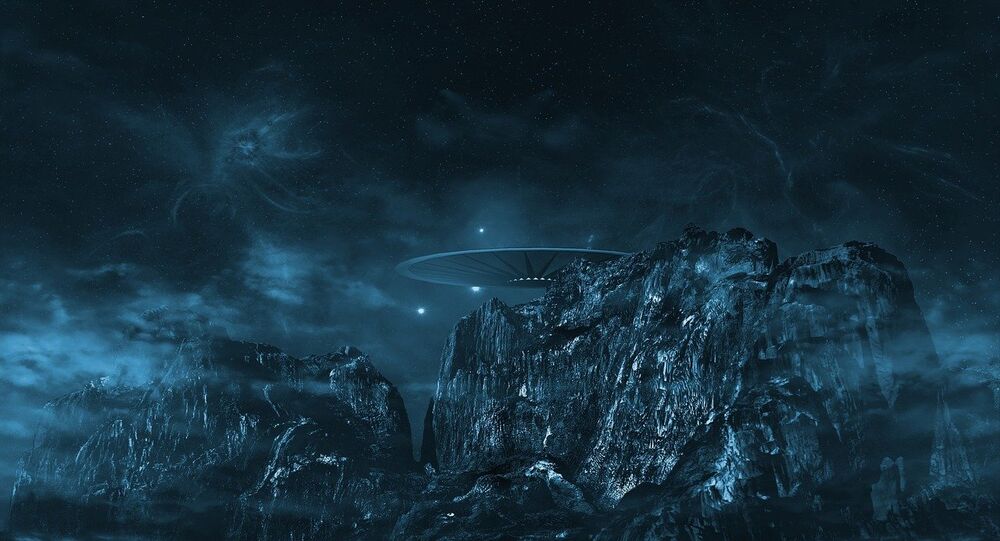 While adherents of the “alien builders” theory speculated that the Antarctic peak might be some kind of “master pyramid” or even a node in an energy-generating network of pyramids spanning the globe, at least one geologist proposed a much more mundane explanation.

While some conspiracy theorists and UFO hunters explore theories about aliens building pyramids in ancient Egypt and Mesoamerica, others now claim that the oldest pyramids in existence may have been erected by extraterrestrials amid the frozen wastes of Antarctica, the Daily Express reports citing the History Channel’s Ancient Aliens TV show.

Courtesy of NASA
Hunting Aliens: UK to Pour £25Mln Into New Effort to Search for Extraterrestrial Life
As the newspaper notes, one Antarctic geological feature in particular draws the attention of conspiracy theorists: a "pyramid-like structure" located near the Shackleton mountain range, whose "four steep sides" make it look somewhat like the Great Pyramid of Giza.

David Childress, an American author and the owner of Adventures Unlimited Press, even speculated that this so called "Shackleton pyramid" might be "the oldest of its kind" on the planet.

"If this gigantic pyramid in Antarctica is an artificial structure, it would probably be the oldest pyramid on the planet and in fact it might be the master pyramid that all the other pyramids on planet Earth were designed to look like," he said.

Dr Michael Salla, an ET research expert and author of the "Exopolitics: Political Implications of the Extraterrestrial Presence", even ventured a guess that this rocky formation may be merely one node in a "global network of power-generating pyramids strategically places around Earth".

"One of the theories is that pyramids are power generators and so, if you have these pyramids strategically placed around the world generating a charge, it’s possible to create a general standing wave around the world that is a wireless transmission of energy," he noted.

However, Dr Mitch Darcy, a geologist at the German Research Centre for Geosciences in Potsdam, offered a much less exciting explanation, arguing that the “pyramid” in question is merely a nunatak – an exposed rocky peak or element of a ridge, some of which can be natural pyramidal peaks.

"The peaks are clearly composed of rock, and it’s a coincidence that this particular peak has that shape. It’s not a complicated shape, so it’s not a special coincidence either. By definition, it is a nunatak, which is simply a peak of rock sticking out above a glacier or an ice sheet. This one has the shape of a pyramid, but that doesn’t make it a human construction," he said.