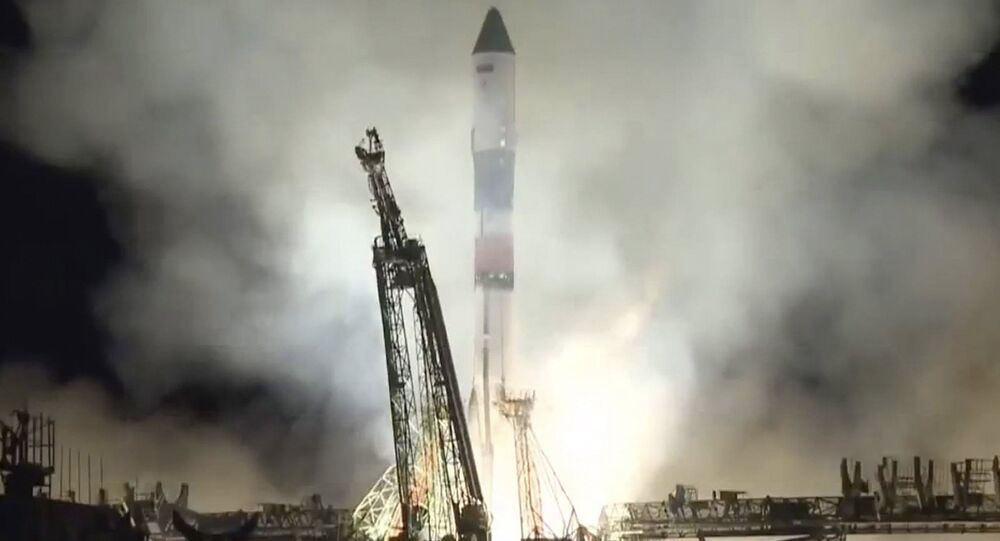 MOSCOW (Sputnik) – Russian space agency Roscosmos is currently working on a new carrier rocket C, which will become a part of the Yenisei superheavy launch vehicle that, in turn, is expected to be used for future lunar missions, a source in the aerospace industry told Sputnik.

"The draft design of Soyuz-7 Volga will be created as part of designing of the Yenisei superheavy launch vehicle by the end of 2019", the source in the aerospace industry said.

A source also told Sputnik that RD-180 engines, which are exported to the United States for NASA's space program, will be used in this new carrier rocket.

Earlier Russian President Vladimir Putin has signed a decree on the creation of the superheavy rocket. The program for the rocket building is expected to become part of the Russian national program on the exploration of the Moon.

In late November 2018, the Scientific and Technical Council of Roscosmos state space agency and the Russian Academy of Sciences' Council on Space considered the country's concept for lunar exploration.

© NASA
Russia's Moon Program Could Be Alternative to US Lunar-Orbit Station - RAS
Meanwhile, the construction of the Russian lunar orbital station could start in 2025 with the launch of the base module, according to a report entitled "Road map to the implementation of the lunar program", prepared by Russia's general designer of manned spacecraft Yevgeny Mikrin and obtained by Sputnik last year.

According to the report, the base module is planned to be put into operation in late 2025. After that, spacecraft and lunar landing modules will be able to dock at the station.

© Photo : JPL-Caltech/Space Science Institute
Aliens on the Moon? New VIDEO Sparks UFO Speculation Online
According to the Roscosmos, the Russian program of lunar exploration will cover the period until 2040. As part of the lunar mission, Moscow mulls placing at least two observatories on the moon. In the long run, Russian scientists also plan to build special shelters on the Moon's surface, using regolith (Lunar dust, soil, broken rock) among other certain high-tech materials.

The first launch of the Yenisei rocket is planned for 2028, according to the Roscosmos. Russia is also participating in the creation of the Lunar Orbital Platform-Gateway project, brought forward by NASA.