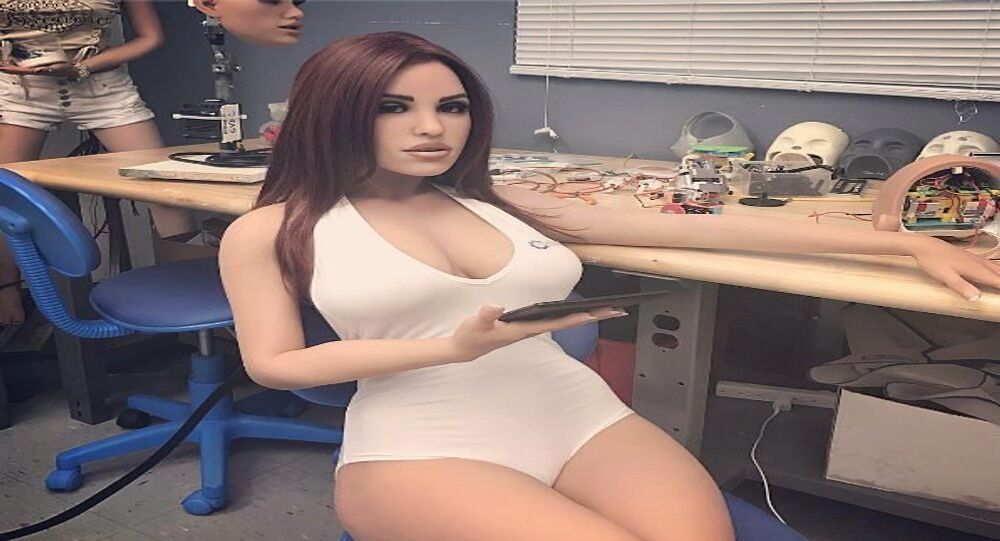 Despite a nearly one-year delay of the release, it is no less anticipated than last year, and the wait for the pioneering product to be finally produced is well worth it, according to the first ever owner of a Harmony silicone lover.

An advanced version of a much anticipated US-produced sex doll  has been at long last manufactured and is expected to be delivered to customers  within the next few weeks, costing around $10,000, according to Brick Dollbanger, the first person to own a Harmony sex robot, as cited by the Daily Star.

The doll with the suggestive name Harmony will surprise sexbot enthusiasts with a plethora of ’“sensory upgrades,” including well developed speech, machine learning and motion capabilities, namely the so-called X-mode,  and so one, the latter being sure to “freak” customers out.

© Photo : realbotix/instagram
First Owner of Harmony Sexbot: If Sex With Woman is a Ten, With Doll It's an Eight

Its life-sized robotic head can be placed on a real doll body, and, most conveniently for users, every single step of hers can be controlled via a downloadable smartphone  application, which Realbotix founder and owner Matt McMullen and his team have been working tirelessly to revamp to render possible the release of an advanced Harmony. The latter has been eagerly anticipated ever since the doll was initially unveiled in 2016.

Brick, who has been testing Harmony and advising Matt on advances to the program and the doll’s looks, assured customers who have bought the anthropomorphic robotic head that the wait is “well worth it”.

“I’m telling you, this is going to knock your frickin’ socks off,” he said. “I think everyone of you that is getting a head is going to blown away.”

The British edition posted a number of pictures from inside the Realbotix lab showcasing long rows of Harmony’s still-to-be-completed “head kits” and silicone face moulds, which are waiting to be soon placed on the cyborg heads.

Per the company’s promotional materials, which came out in the run-up to the initially proposed release date in 2017, Harmony’s top-notch X-mode will allow users to fulfil their “wildest sexual desires,” with the firm referring to the field as “uncharted territory where relationships and sex are concerned.”