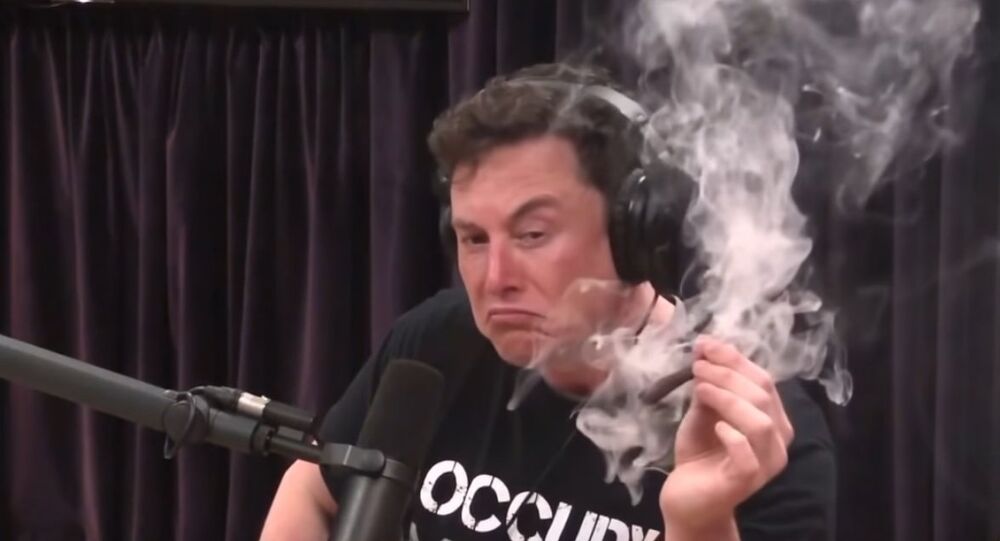 The head of NASA was not happy about Elon Musk smoking marijuana on an episode of “The Joe Rogan Experience.”

Musk's brief hit of a joint offered to him by Joe Rogan in a video broadcast on YouTube on September 6 "was not appropriate," NASA Administrator Jim Bridenstine told reporters at a news briefing in Washington Thursday, according to a report in Fortune.

Musk is the co-founder of SpaceX, which has worked on contracts for the US government.

According to Bridenstine, Musk has agreed to change his ways. "We've had a number of conversations… I will tell you, he is as committed to safety as anybody, and he understands that that was not appropriate behavior, and you won't be seeing that again," the space agency head said.

"I will tell you that was not helpful, and that did not inspire confidence, and the leaders of these organizations need to take that as an example of what to do when you lead an organization that's going to launch American astronauts," said Bridenstine.

The agency is also conducting a review of SpaceX and Boeing to assess the cultures of the government contractors. Prior accidents in space, including the Apollo 1 fire and disasters with the Challenger and Columbia space shuttles, killed 17. NASA decided to conduct the review in light of these concerns, says Bridenstine.

"Every single one of those accidents had a number of complications. Of course, the technological piece was a big piece of it. [But] the other question that always comes up was, ‘What was the culture of NASA?,'" he continued.

"What was the culture of our contractors, and were their people that were raising a red flag that we didn't listen to, and ultimately did that culture contribute to the failure and, in those cases, to disaster?"

The agency mulled a review of SpaceX and Boeing before Musk's appearance on "The Joe Rogan Experience," according to the NASA head.

The entrepreneur recently settled a lawsuit with the US Securities and Exchange Commission concerning his fraudulent statement on Twitter that he was taking his electric car and energy company, Tesla, private with "funding secured." The suit cost him $20 million and the position of chairman of Tesla's board.