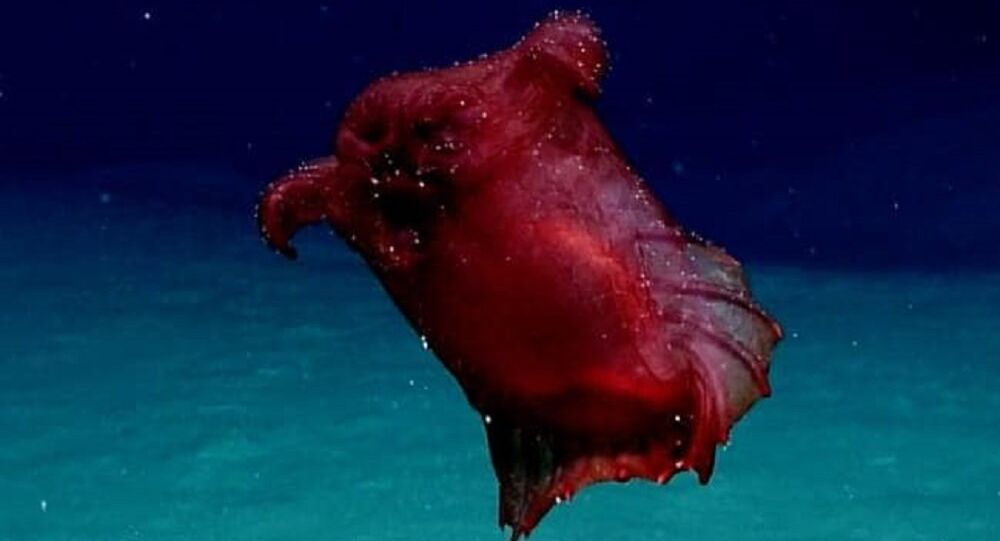 The deep sea thing has never been seen in this part of the world, Australian researchers claim. What looks like a decapitated chicken "flying" through the frigid waters of Antarctica is in fact an active sea cucumber.

A bizarre, rarely seen creature has been spotted swimming gracefully above the seabed off the coast of East Antarctica. Its real name is Enypniastes eximia, but it has a catchy moniker — the "headless chicken sea monster."

The creature has a barrel-shaped, transparent body; it spends most of its time buoying along the sea bed, using its webbed veil made up of 12 conical podia to catch water currents or moving with the help of its feeding tentacles.

The mesmerizing footage was filmed by Australian fishing cameras, according to the Australian Antarctic Division (AAD), the public organization running the country's Antarctic program.

This is the first time the odd-looking animal has been spotted in the area; it has previously been seen only in the Gulf of Mexico, with its first sighting dating back to 1984.

An AAD official stressed that the footage will have a positive environmental effect as it gives researchers a better understanding of how to improve marine conservation.