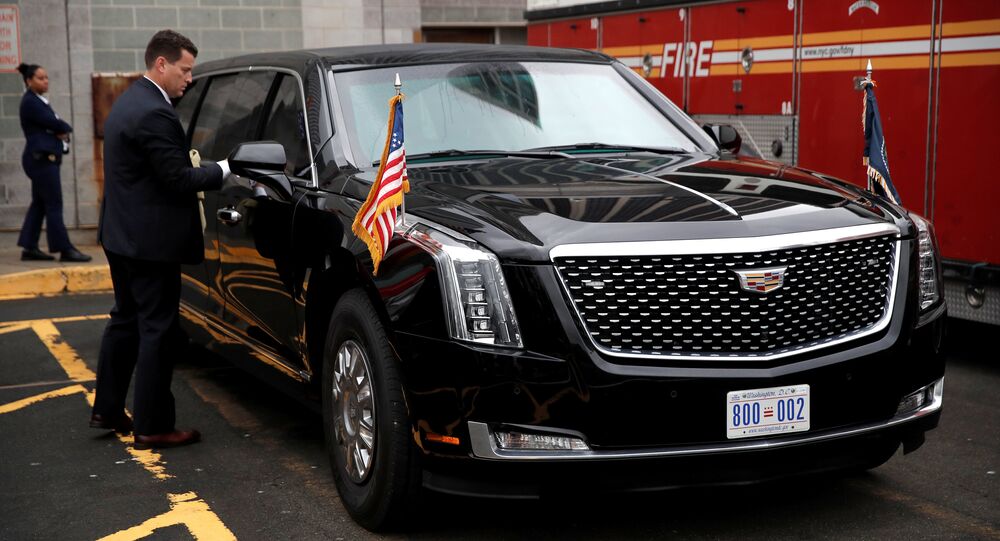 The new black presidential limousine couldn’t escape the spotlight the other day as it pulled up to the United Nations building in New York, where Trump was to take the floor at the General Assembly on Tuesday.

President Trump’s brand-new Cadillac limousine, which has just rolled off the assembly lines, reportedly costs $1.5 million and is equipped with a range of medical supplies, including a fridge neatly stocked with his blood samples, NBC reported.

The latest version of the “Beast” — the name sounds appropriate considering it weighs round 20,000 pounds, has extremely thick walls of no less than eight inches and is strongly armored with steel, aluminum and even ceramics, capable of meeting any type of threat.

The car, manufactured by General Motors, comes with run-flat tires, which will keep the vehicle running even in an emergency, and is sealed against biochemical attacks. In the event of an attack, with an assailant breaching security, there is also a shotgun and a tear gas cannon hidden inside.

The previous version of the limo first made headlines in January 2009, a short while before Barack Obama entered his first presidential term.

READ MORE: Trump Thanks Russia, Iran, Syria for Slowing Down Idlib Op: 'Get the Terrorists'