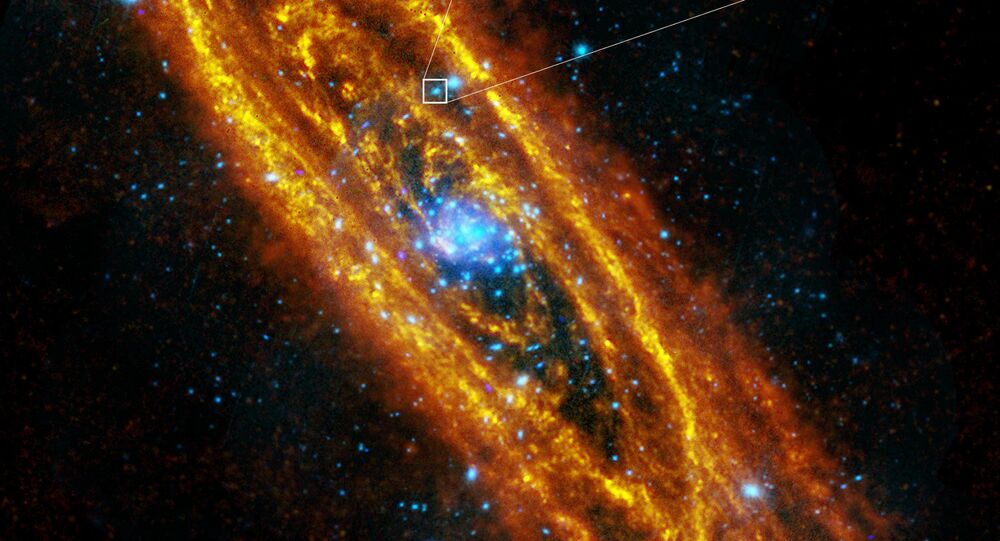 Neutron stars form when a dying star explodes, leaving behind a neutron-rich remnant that is squished to extreme pressures by powerful gravitational forces, resulting in materials with astounding properties. Breaking them requires 10 billion times the force needed to crack steel.

The mysterious substance, dubbed “nuclear pasta,” that theoretically exists inside ultra-dense neutron stars may be the strongest material in the universe, Science News reported, citing a study by a team of Indiana University researchers.

Nuclear pasta is incredibly dense, about 100 trillion times the density of water.

“This is a crazy-big figure, but the material is also very, very dense, so that helps make it stronger,” the study’s coauthor and physicist, Charles Horowitz of Indiana University Bloomington, said.

According to the study, hundreds of feet below the surface of a neutron star, atomic nuclei are squeezed together so close that they merge into clumps of nuclear matter, a dense mixture of neutrons and protons. These as-yet theoretical clumps are thought to be shaped like blobs, tubes or sheets, and are named after their noodle look-alikes, including gnocchi, spaghetti and lasagna.

© NASA . R. Hurt/Caltech-JPL
Astronomers: Gold, Silver, All Heavy Elements the Result of Neutron Star Merger
Even deeper in the neutron star, the nuclear matter fully takes over. The burnt-out star’s entire core is nuclear matter, like one giant atomic nucleus.

When atomic nuclei get squeezed together inside a neutron star, scientists think that globs of nuclear matter form into shapes reminiscent of various types of pasta.

It’s impossible to study such an extreme material in a laboratory, said physicist Constanca Providencia of the University of Coimbra in Portugal, who was not involved with the research.

Scientists hope that in the future it will be possible to prove the presence of “nuclear pasta.”

Internal structures can support the existence of high "mountains" on the surface of a neutron star. Because of the strong gravity, the height of these mountains is usually not more than a few centimeters, but “nuclear pasta” is believed to be able to contribute to the formation of larger irregularities tens of inches high.

If the neutron star rotates rapidly, then such irregularities will form gravitational waves, which can be fixed with the help of the LIGO detector.

LIGO is a laser-interferometric gravitational wave observatory. On September 14, 2015, it recorded the perturbations of space-time from the fusion of a pair of black holes. The existence of gravitational waves is one of the predictions of the general theory of relativity.

Their discovery confirms not only the latter, but is also considered to be proof of the existence of black holes.